Lighting up for summer event

Dunedin's dormant and historic Loan and Mercantile building will sparkle with life again in January when organisers of the Dunedin Midwinter Carnival light up the building with a mix of lanterns, projections, music and performance.

The Summer Lights event will be the latest installation undertaken by the organisation. 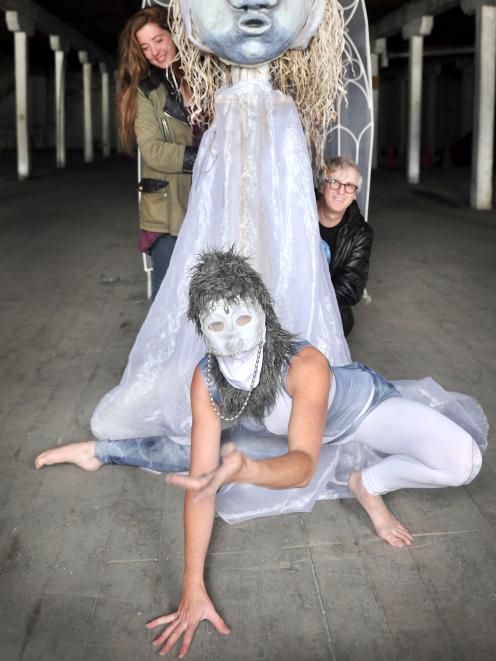 Chairman Paul Smith said the last installation was held in the Athenaeum building, in the Octagon at Easter this year, which attracted about 9000 people.

The Loan & Mercantile building in Thomas Burns St was once a water-front grain store and has not been used for many years. It is now being renovated by owner Russell Lund.

Mr Smith said the organisers were fortunate to be able to use such a ''wonderful historic building'' for the event.

''The building, which is in much the same condition as when it was a grain store, adds a huge amount to the event as it is so evocative.''

He said Mr Lund had been very supportive, having provided storage for the carnival's lanterns for many years.

''This is a great opportunity to showcase the building as well as our artistic creations.

''Together they will combine to create a really unique and entertaining spectacle.''

Performers, including dancers from the Brophy Aerials Dance School, would help bring the spaces to life while a series of projections by Lady Lazer Light (Erica Sklenars) would add a new dimension from previous events, he said.

''A unique soundtrack is also being created by local musician and composer Kerian Varaine and further musical elements contributed by Alastair Galbraith.''

Mr Smith said the event would be held on January 22-26, and was suitable for people of all ages.

It aimed to raise funds for a more permanent place to display the organisation's lanterns.