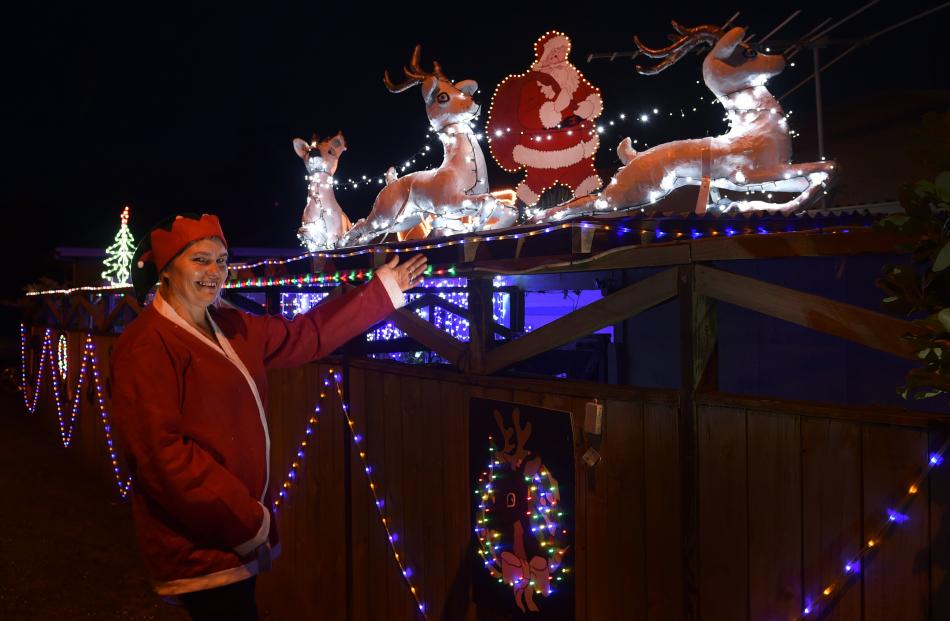 Debra Miles shows off some of her home-made Christmas lighting displays at her home in St Leonards. She has encouraged families to visit the displays in the build-up to Christmas. Photo: Peter McIntosh. 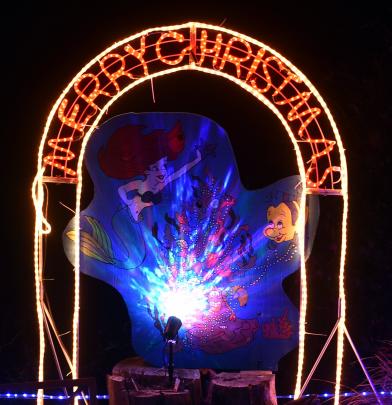 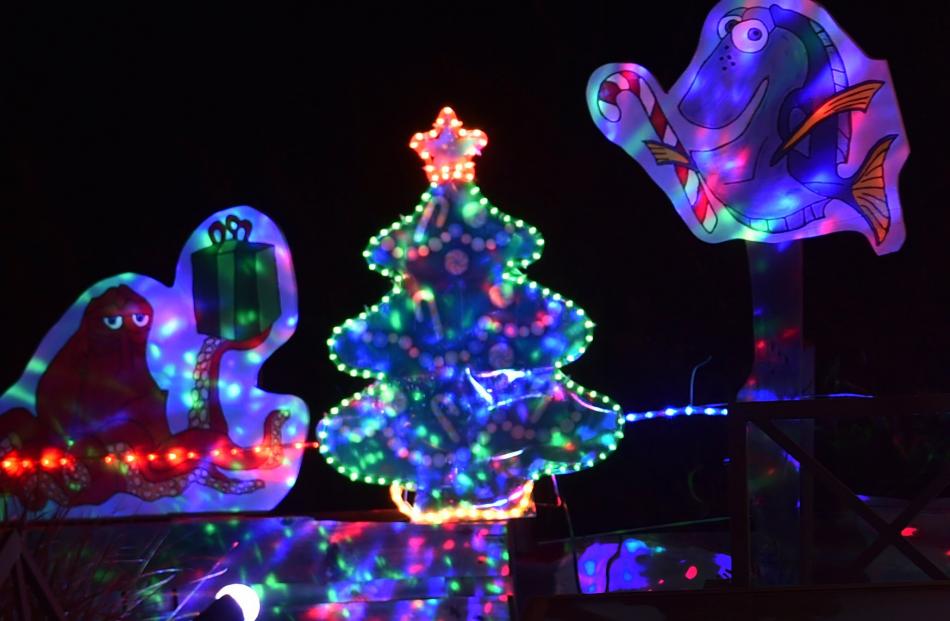 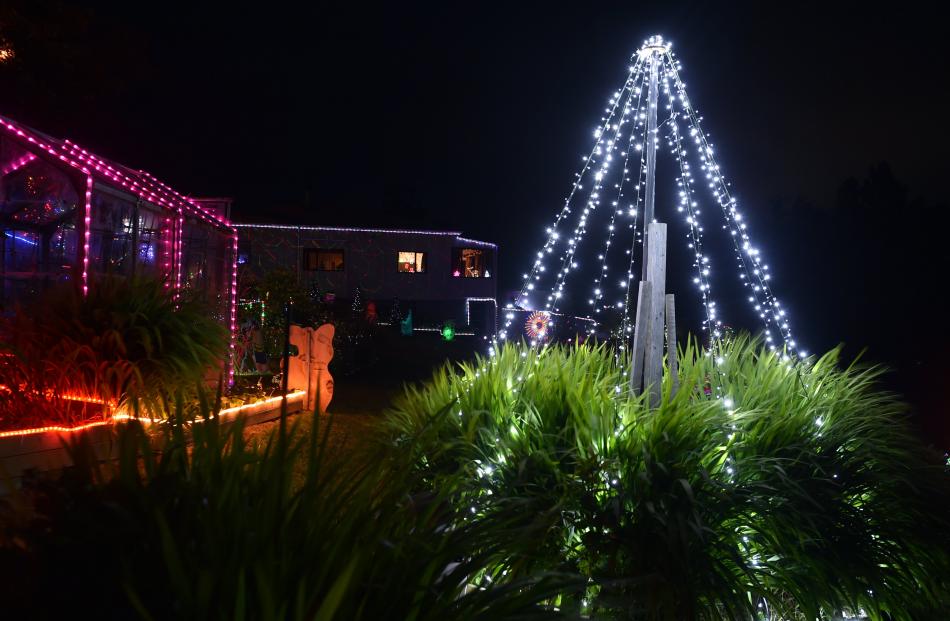 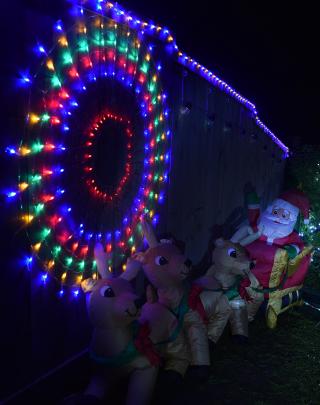 It takes a long stretch of the imagination to turn a pile of old boards into some of the most spectacular Christmas decorations in the city.

Over the years, the 53-year-old has built hundreds of Christmas-light lit decorations and erected them outside her St Leonards Drive house, in Dunedin.

"I had some wood left over at home, so I drew a picture on it and my husband cut it out with a jigsaw, and then I painted it up and added some lights. That’s how it all started.

"You think, ‘Oh, that’s cute,’ once it’s done, and then you think one of Mickey Mouse would be good. Everything just gets bigger and bigger every year.

"It gets very addictive."

Mrs Miles said she created her own Christmas decorations because she could not justify spending so much money on "all the fancy stuff".

"I’ve got hundreds of lights. You could probably see them from most parts of the harbour."

She said someone on the other side of the harbour posted a message on Facebook last year saying, ‘What’s going on over there? What’s that glow?’

She said it took nearly two months to put the lights up each year, by putting a few up each night after work.

The displays include many television and movie cartoon characters, and "the usuals" — Santa, the elves, reindeer and snowmen.

Mrs Miles has had a fascination with Christmas lights since childhood, and invited children and their families across the city to share her joy by visiting the display and immersing themselves in the glow of the festive lighting.

"I just think they’re pretty, and nice and relaxing and calming." 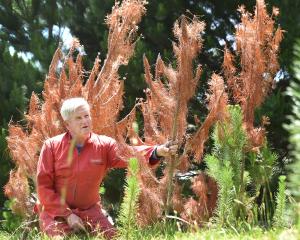