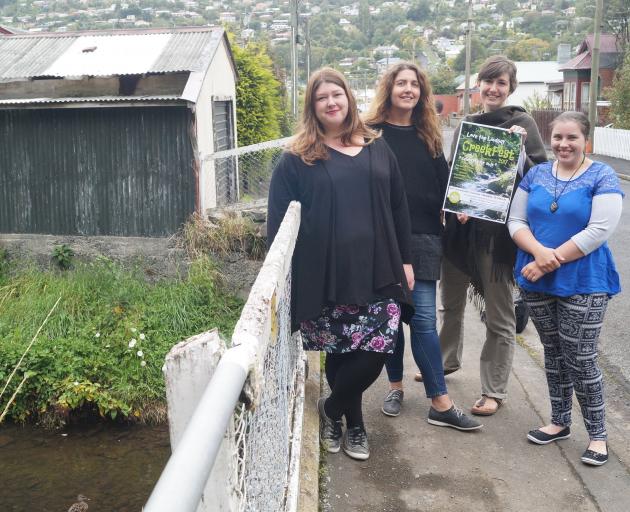 Rock specialists, bird spotting and musical takahes will be just part of the fun at CreekFest on Sunday, organisers say.

Valley Project community development co-ordinator Anna Parker said things would start with a Discovery Walk at 12pm, which would be "bigger and better'' than last year's.

Ms Parker said live music would be provided by Tahu & the Takahes, Left or Right Soundsystem, Tiny Pieces of Eight, the Whirling Eddys and Logan Park High School band The Kuffs, she said.

North Dunedin schools including Opoho, Dunedin North Intermediate and Northeast Valley Normal School would have stalls about a variety of ways of "how to care for [Lindsay] Creek'', she said.

Ms Parker said Fish and Game would hold an "electric fishing'' display, which would temporarily stun creatures in the creek so visitors could see all the life in the Lindsay.

"Even though it looks like an urban stream, there's a lot of life in there.''

A kids' zone would include face-painting, a sandpit, disc golf, orienteering, kids' yoga and athletics, while the kaumatua area would provide older Dunedin residents with coffee, tea and "comfy seats''.

A youth zone - run by the Dunedin Youth Council - would allow young Dunedinites to write down ideas for caring for the Dunedin environment so they could be presented to the DCC.

"It's all creative, low-cost things the community have come up with.''

The CreekFest Discovery Walk would begin at 12pm from the Pentland St playground. The music festival and activities would start at Chingford Park from 1pm.

While the day is free, koha would be appreciated.