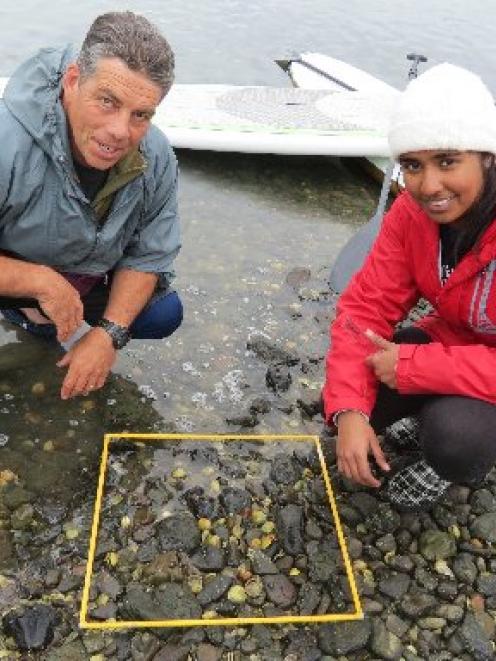 Doc and the Ministry for Primary Industries (MPI) recently put out the call for people to take part in a forum discussing the future of marine protection in the southern part of the South Island's east coast. Nominations closed on Friday.

The Star spoke to University of Otago marine science department lecturer Dr Chris Hepburn, who confirmed he was among the nominees for the forum.

Doc said forum members would be announced at the end of the year and the forum would be expected to make a recommendation in two years on the location and type of any protected marine areas that should be established in Otago.

Forum organiser Doc communications adviser Andrea Crawford said the potential locations of any protected areas would be discussed at the forum. Dr Hepburn believed marine conservation efforts needed to be locally based as the ocean was a hugely variable environment.

Ngai Tahu and other tribes had been astute in involving the community, through ''taiapure'' and ''mataitai'', he said.

Taiapure, areas under the supervision of a managing committee, which can provide advice and recommendations to the Minister of Fisheries on regulations to preserve fisheries in their area, and mataitai, areas where commercial fishing is excluded and the management committee can make decisions to preserve the fishery through bylaws, exist all around New Zealand. Mataitai and taiapure could be a model for any group wanting to conserve a fishery, Dr Hepburn said.

Since 1999, the waters off the coast of Karitane have been protected by the East Otago Taiapure.

The taiapure committee is made up of representatives from the Kati Huirapa Runaka ki Puketeraki, Otago University, commercial and recreational fishing bodies and the local community.

It covers an area from Matainaka (Cornish Head) to Waiweke (Potato Point) and was created because of concerns held by runaka elders about the state of the fishery.

Much of the taiapure's work is related to community education. The group holds regular student presentation evenings, where Otago University students present their findings to the community.

East Otago Taiapure management committee chairman Brendan Flack said the taiapure area was a very fragile environment and no one part of it could be looked at in isolation as all parts of the ecosystem, including the actions of people, affected the health of the fishery.

He hoped any protected areas would not exclude humans.