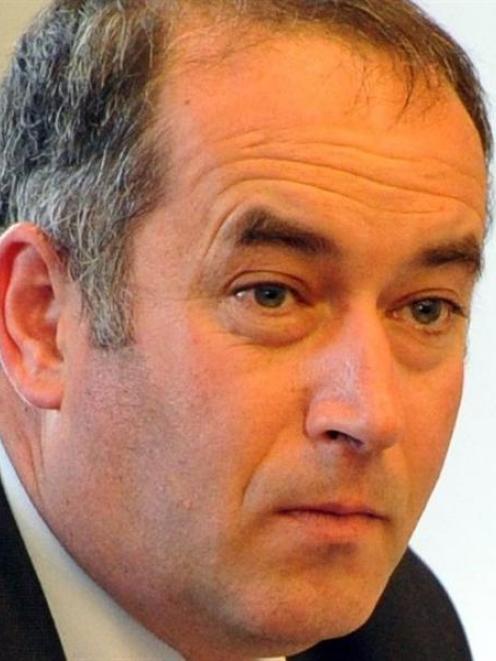 Grant McKenzie.
The Dunedin City Council is continuing to close the gaps in its defences in the wake of the $1.5 million Citifleet fraud.

Councillors at today's audit and risk subcommittee meeting will consider a new internal audit policy, and an updated asset disposal and write-off policy, which aimed to better protect the organisation against fraud.

Council group chief financial officer Grant McKenzie told the Otago Daily Times the policies were part of a wider push within the council to follow ''best practice'' in the fight against fraud.

The council did not previously have an internal audit policy, while its existing asset disposal policy had been shown to need improvements, following last year's discovery of the Citifleet fraud, he said.

The council's audit and risk subcommittee had, since its creation in 2013, been overseeing a push to update existing council policies and draft new ones to cover gaps.

However, Deloitte's investigation into the Citifleet fraud had also ''highlighted some areas that we can work on'', particularly when it came to the disposal of council assets, Mr McKenzie said.

''This is one area that was highlighted as part of the investigation that council needed to improve on.''

The main change to the council's asset disposal policy was to clarify procedures and responsibilities for staff.

''If you're selling something ... it's trying to make it clear for staff what their role in the process is.''

The changes were part of a wider package of improvements designed to strengthen the council's position and make fraud easier to detect, but there were no guarantees, he said.

''It strengthens your position. Your internal controls is just one of your weapons you have to fight fraud.''

The changes came after a Deloitte investigation concluded the council had lost at least $1.59 million, largely from the sale of 152 council vehicles by former Citifleet team leader Brent Bachop, over more than a decade.

Deloitte pinned part of the blame for the fraud on the council's weak internal controls, although DCC chief executive Dr Sue Bidrose said at the time the council was ''well down the road to turning that culture around''.