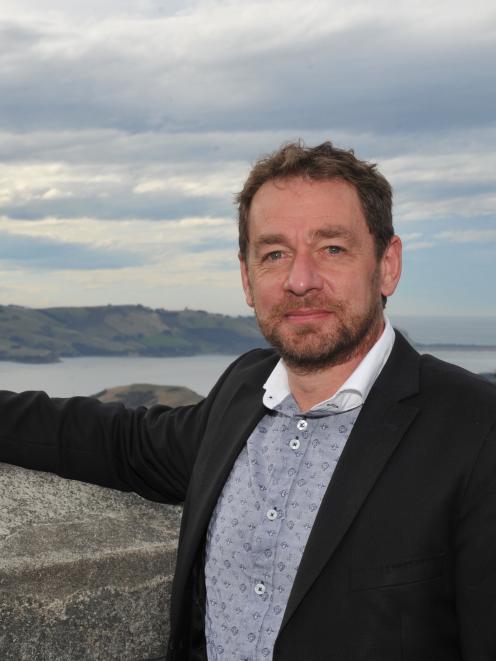 Norcombe Barker. Photo Gregor Richardson
The Dunedin City Council has been urged to revisit admission charges for museums and other cultural attractions.

The call came from Larnach Castle director Norcombe Barker at the start of public submissions on the council's long-term plan (LTP) yesterday.

The first 20 people had their say yesterday, before councillors reconvened the hearing in Mosgiel last night to hear public views on the proposed Mosgiel pool.

Mr Barker began the day by urging councillors to do more to move the city towards becoming a ''high yield'' destination.

Chinese visitors added about $5 million a year to Dunedin's economy, representing 1.2% of total tourist spending in the city, while Queenstown received $99 million, or 6.6%, he said.

The discrepancy was due in part to the council's ''anti-business'' decision to allow tourists free entry to the city's cultural attractions, which sent a message the city was ''cheap''.

Entry fees for cultural attractions would generate more revenue for the council, create a level playing field for businesses and encourage more investment, he said.

It was an approach that worked well in Queenstown, which helped explain their increased yield, he said.

''Pretty much the only thing that's free in Queenstown is the view.''

The council had considered the idea before, and ruled it out, and it won little support yesterday from Otago Settlers Association immediate past president Phil Dowsett.

His focus was on staffing levels at Toitu, which needed to be reviewed to cope with rising visitor numbers and workloads.

Aramoana League spokesman John Davis' focus remained on the restoration of the dilapidated Aramoana wharf, although he told councillors the project was - after five years - ''very close'' to fruition.

The project was expected to be ready to proceed by mid-year, and he urged councillors to then agree to accept its ongoing maintenance responsibilities.

Anti-fluoride campaigners Rachel Gibb and Dr Bruce Spittle also reiterated their concerns about water fluoridation and called for the practice to cease.

John Gallaher, of the Digital Community Trust, said the trust overseeing Gigatown initiatives was reliant on volunteers, and needed funding to boost staff resources, initiate projects and maximise returns for the city.

His fellow trustee, Mike Horne, told yesterday's meeting it should include $250,000 of council cash to ''get things moving''.

That could include three playing pitches - two of them artificial - lit by floodlights, with Fifa funding to support the vision, if the council agreed to a feasibility study for Tahuna Park and other potential venues, he said.

Mr Willis suggested a proposed 3% rates rise for the coming year ''might be a bit light'', given the demands for fresh investment in the city, and the council should consider a bigger rates hike.