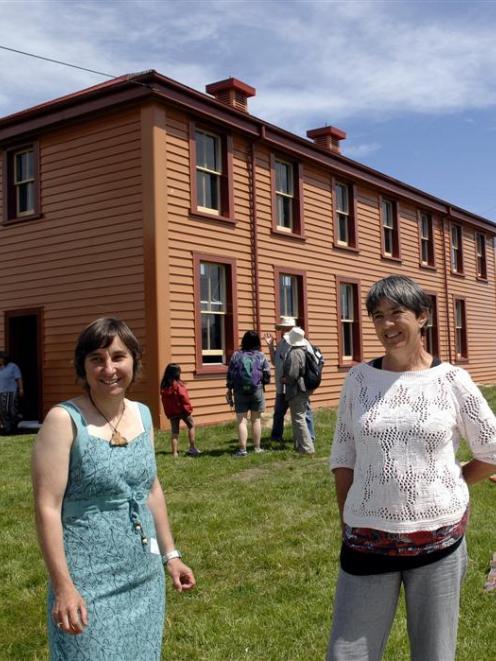 An island open day was held on Saturday to celebrate the completion of exterior work on the 138-year-old building.

Island caretaker Francine Vella said about 150 people took the opportunity to ferry out for picnic lunches, musical entertainment and the chance to explore.

"A lot of public money has gone into this building, so we said, 'Dunedin, this is your building, come and see it.' It's a great resource for the wider community," she said.

Work on repairing the building, which used to house married couples and their children until they were cleared to enter Dunedin, began in about 2000.

"Before that it was swaying; it was going to collapse," Ms Vella said.

The walls were braced first and, with the help of Naylor Love, project engineer Guy Williams and St Martin Island Community volunteers, it reached painting stage, with the final strokes going on last week.

This stage of the project cost about $300,000, funded largely by Lottery Grants Board and Otago Community Trust grants.

Former caretaker Kathy Morrison said the next step would be the inside, with floorboards and piles needing to be replaced.

The construction of two mezzanine floors at each end was also planned, so rafters and ventilation boxes were still visible.