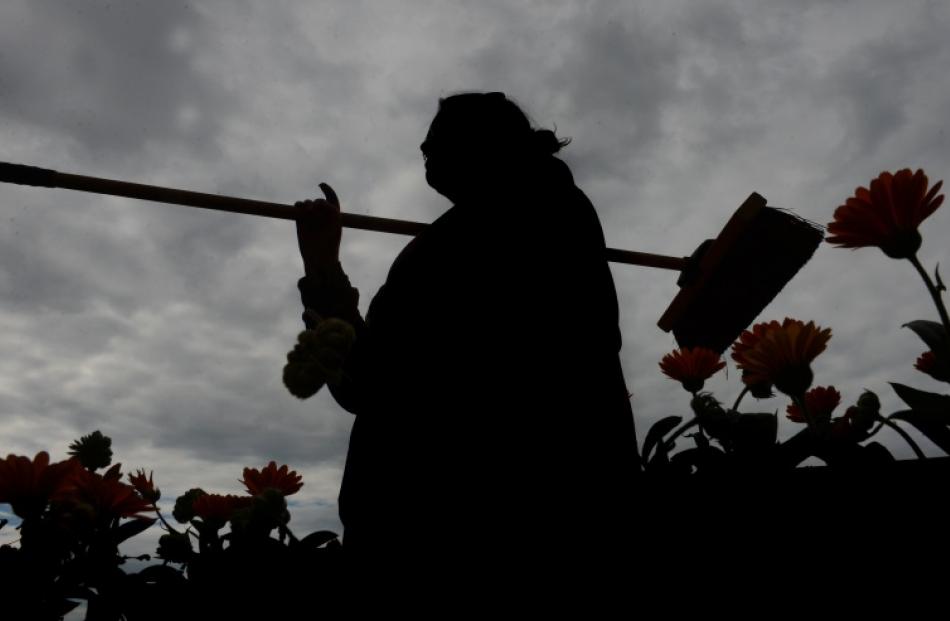 Offenders in New Zealand can be punished through a range of sentences, from community work to imprisonment. But what do these sentences actually mean? In the first of a series profiling the various sentences handed down by the court system, reporter Damian George looks at community work, what it entails and whether it is working.

Cathryn Elsworth knows she has a challenge on her hands, and she is meeting it head on.

The Department of Corrections service manager has led a concerted effort to boost community work attendance in Otago over the past decade, and she has no doubt the region is on the right track.

The 20 staff central to the effort, Miss Elsworth says, are shifting the focus of community work for the 400 registered offenders in Dunedin from ''militant'' punishment to reintegration and training.

She is the first to admit getting convicted offenders to comply with community work is often a struggle, hampered as it can be by issues such as transport, child-care commitments, mental health issues and addictions.

But the impediments have not gone unnoticed, and the changes have removed some of the barriers facing offenders sentenced to community work while providing other ways of giving back to the community.

For people with children, health issues or medical conditions, shorter work days have been provided.

For people who cannot drive themselves to the Dunedin Central Community Corrections centre in South Dunedin, or one of the more than 30 participating agencies, transport can be sent to pick them up.

To combat complaints about not getting enough food for an eight-hour day, toast and hot drinks are provided for breakfast and noodles, sausages and vegetables are served for lunch.

More importantly, Mrs Elsworth says, new ways of contributing to the community are being thought up and supervisors are conscious of giving workers meaningful jobs.

''There are lots of anecdotal stories about people finding jobs.

''And we have offenders coming up to us and asking us what programmes are running and when they start.''

On the surface, the numbers do not look pretty.

But Otago's record of 44% attendance for the centre is in the country's top five, and its 60% attendance record at agencies is consistently in the top two.

''I actually quite often have service managers from other centres ringing me and asking what we're doing to get our numbers so high.

''In context, our numbers are very high and I'm confident we're on the right track.''

Senior community work supervisors and probation officers determine where a worker is best suited, based on their employment and offending history, interests, skills and compliance history.

Workers deemed low risk take up individual contracts at an agency, which usually takes on one person at time, and work short, flexible hours.

More than 70% of community workers in Dunedin are registered with an agency.

Some agencies, such as the SPCA, Salvation Army, Forbury Park Trotting Club and ReStore, can take up to six or seven people at a time.

For those deemed high risk or who have been non-compliant in the past, a supervised eight-hour day of mainly cleaning and ground maintenance beckons.

Those stints operate three days a week at the South Dunedin centre.

On Saturdays, offenders help with projects at schools.

It was converted into a community work facility about three years ago.

Work days there start at 9.30am and go until 1.30pm or 2.30pm, giving people with health issues shorter hours and parents time to take their children to and from school.

In that facility, wooden pallets are turned into kindling, deck chairs and benches, which are given to charity.

Since July 7, 583 bags of kindling have been given to ReStore, the Salvation Army and Lions clubs.

Another 100 have been prepared for distribution.

Working at a vegetable garden teaches about sustainability and the produce supplies foodbanks, while at a knitting room old fabrics are turned into new items such as baby blankets and clothing for Women's Refuge.

For people with a sentence of 80 or more hours, 20% can go towards training courses such as first aid, gaining a driver's licence, food safety, workplace health and safety and retail.

In 2014-15, of all the training done as community work sentences in New Zealand, almost half took place in Otago, Miss Elsworth says.

There have also been presentations on drink-driving, violence, sexual health and healthy homes.

But while community work is being increasingly directed to good causes, some people are aware it is not where they want to be.

One 39-year-old woman, who did not want to be named, is serving 150 hours for benefit fraud and says she has learnt her lesson.

''I don't mind helping out - that's another reason why you're here.

Miss Elsworth says filling the books is always a struggle - cold and wet conditions meant it was a small turnout at the centre when the ODT visited earlier this month.

Young people pose the greatest challenge - 30% of community workers are 24 or under and they are usually the ones not complying with their sentence, she says.

''We need to give them meaningful jobs where they feel like they own it and want to come because they want to be a part of something.''