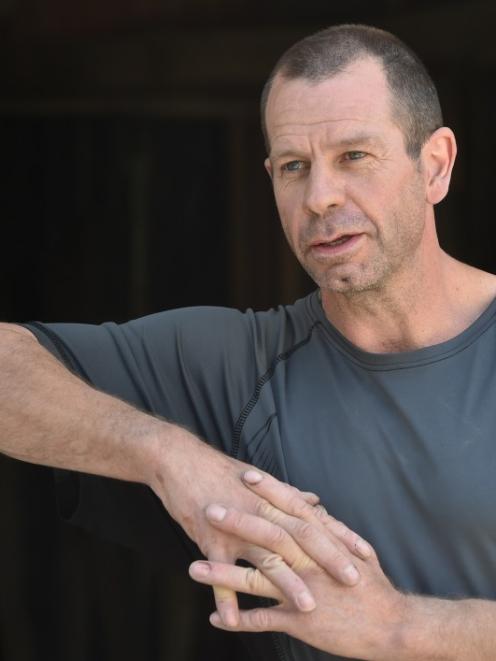 Dunedin man Steve Eaton is dejected after his karate gear was stolen from his property. Photos by Peter McIntosh.
A Dunedin man is ''absolutely gutted'' after karate gear he acquired over more than 20 years was stolen just a week out from an important event.

Steve Eaton (52) woke on Saturday morning to find the gear, which he said had huge sentimental value, had been taken overnight from his van at his Shetland St property.

It included a personalised third-degree black belt, two uniforms, a personalised gear bag and two ''sai'' (traditional weapons), as well as other items such as gloves, mouthguards and shin pads.

To make matters worse,Mr Eaton is off to a grading event in Christchurch this weekend, which he has been waiting more than four years to attend.

''I'm absolutely gutted. There's no words to describe it,'' he said. 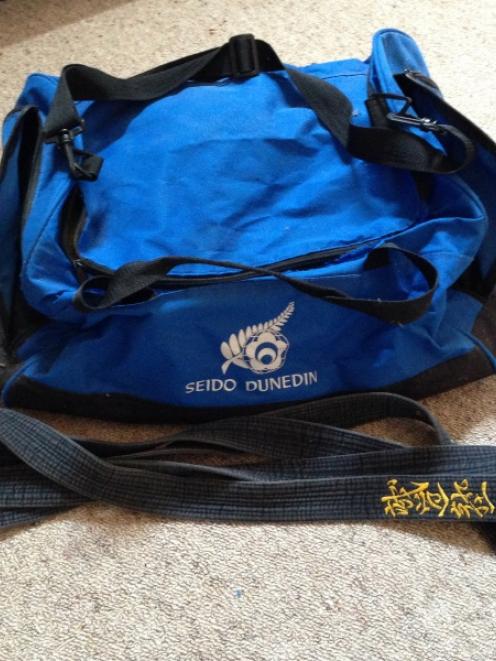 A gear bag and black belt similar to the ones stolen.
He had been practising it for more than 22 years, he said.

The belt was of most importance because of its sentimental value and Mr Eaton could not understand why someone would take it or the rest of the karate gear.

Mr Eaton had an old uniform he was ''almost too embarrassed to wear'' which would have to get him through the grading, he said.

''I've got a grading for fourth dan [fourth degree black belt] and I've got no gear - I've got to try to replace that by the weekend.''

Mr Eaton had reported the incident to police. He hoped the thieves would realise the gear was of no value to them and offer to return it.

''Just tell me where it is and I'll go and get it myself.

''I would just absolutely love to have it back.''