Many turn out to protest meals move 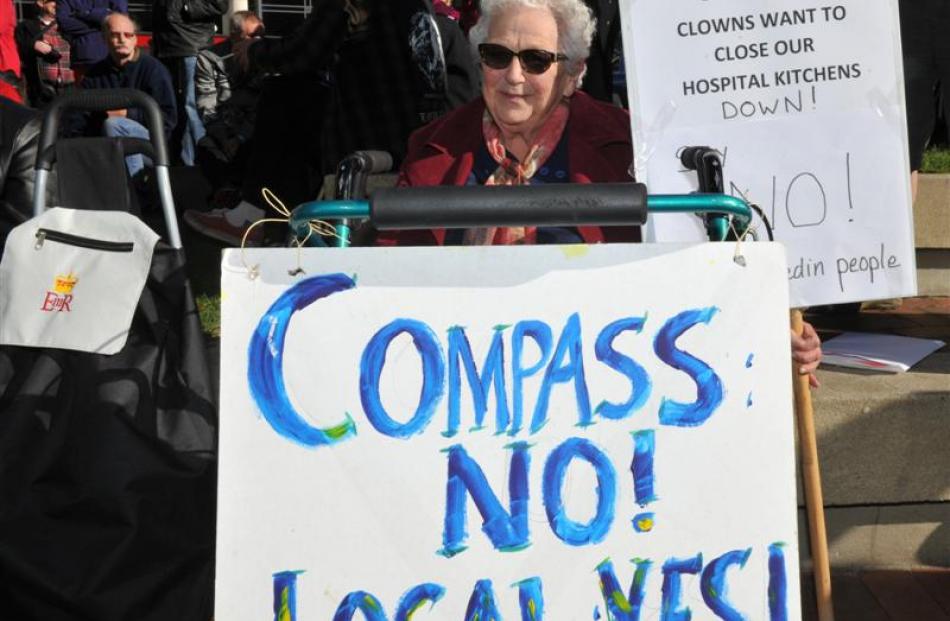 Florence Wilson (86), of Dunedin, shows her support at the Octagon protest against the proposed outsourcing of Southern DHB services. 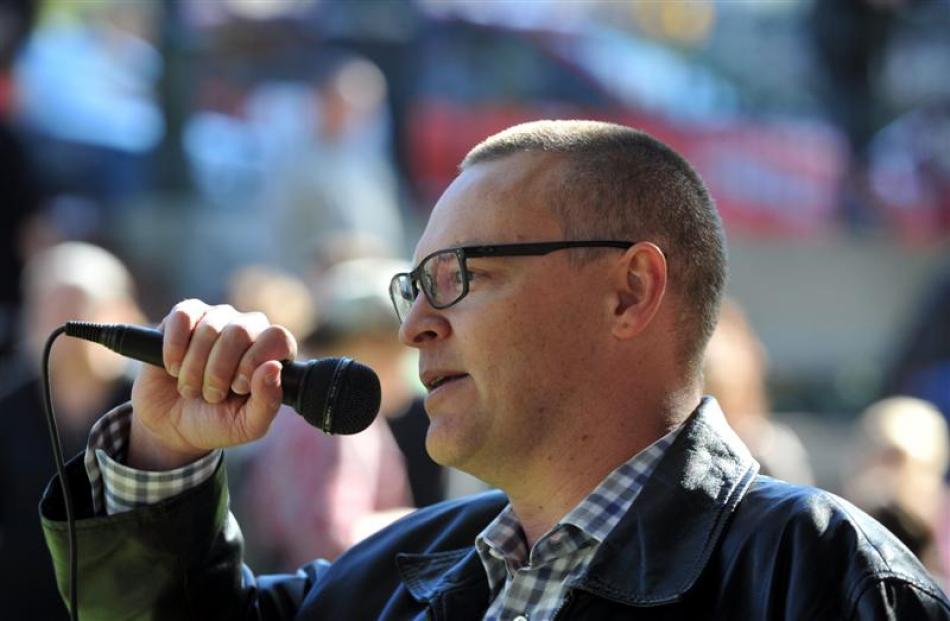 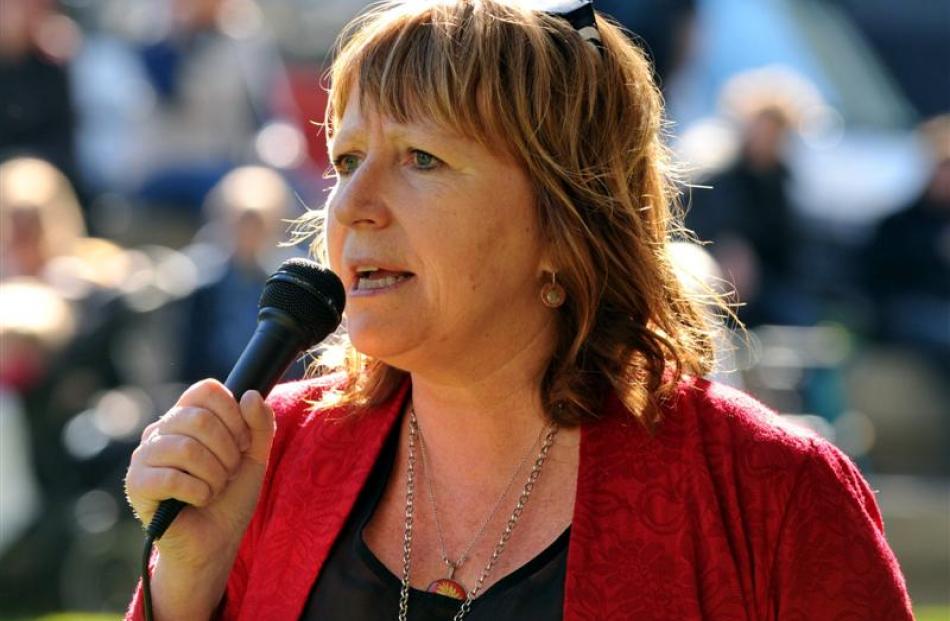 About 200 people packed the terraces in the Octagon on Saturday to demand the Southern DHB keep meals in house instead of following through with a proposed move to outsource them.

Those involved in the protest included the New Zealand Nurses Organisation, the Service and Food Workers' Union (SFWU), Grey Power representatives, volunteer drivers for Meals on Wheels and concerned members of the public.

Anna Huffstutler, of the SFWU, said the union's concerns were job losses, a drop in the standard of food if it was outsourced and the loss of Meals on Wheels volunteer drivers.

She said the protest had been organised to alert the community to the issue.

''The main point of the protest is to raise awareness and empower people to sign a petition and also lodge submissions for the DHB board meeting on May 7.''

''It's good to see the community coming together on this issue.''

Dunedin South MP Clare Curran said the outsourcing of food was ''dangerous for the community and unnecessary.

''Health services must not be compromised in our region.

''The union has provided some really good suggestions and they are not being listened to.''

Ms Curran urged the DHB to ''engage and tell the community what you are thinking.

''If it is an issue of cost cutting, engage. Don't just cut services.''

''The Government needs to commit to healthcare in the south: the Southern DHB covers the largest geographical area in New Zealand.''

The Southern DHB will hold a public meeting on May 7 at which the proposal to outsource will be discussed.