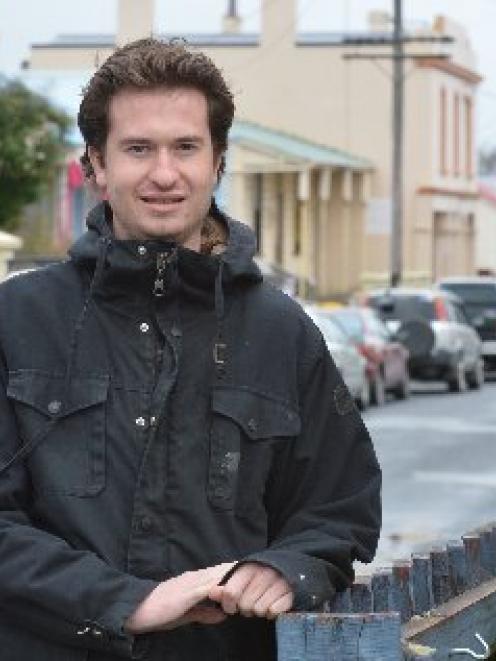 Otago University Students' Association president Paul Hunt in Hyde St, Dunedin, yesterday. PHOTO: GERARD O'BRIEN
The University of Otago will have to examine its reputation as a ''party school'' if it wants the student drinking culture to change, the national student association union says.

''Sometimes students come to Dunedin for that `student experience', and sometimes the university and [the association] promote that culture,'' New Zealand Union of Students' Associations president Rory McCourt said yesterday.

''It's about work on the ground, talking to students in the streets that have a reputation [for partying], ... about socialising the idea of safety,'' he said.

But cancelling landmark Dunedin student party events, such as the annual Hyde St party, should be off the table, he said.

''Saying it should be cancelled is very reactionary ... We should drive policy by the outcomes of how much harm has occurred, not what the headline is.''

University vice-chancellor Prof Harlene Hayne said she did not dispute that the Dunedin student party culture had its issues.

In a speech to the University of Otago council this week, Prof Hayne said the university had ''taken a number of time-consuming and expensive measures'' to deal with the student drinking problem.

She remained firm on what she saw as the main problem: alcohol being too cheap, and easy to acquire.

''The University of Otago recognises that the best way to deal with dangerous drinking is to increase price, decrease accessibility, increase the drinking age, decrease marketing, and increase drunk-driving measures, including lowering the legal blood-alcohol count further,'' she said.

Mr McCourt dismissed a suggestion the problem should be solved by ''more taxes on booze'' or by imposing a liquor ban.

Those ideas had been discussed but never implemented by the Dunedin City Council. ''[The University of Otago] is a destination university,'' he said.

''In some respects, that is what Otago University propagates as the student experience ... Some responsibility has to be taken [for that].''

The university's higher-than-average percentage of 18 to 19-year-old students - almost 5% higher than the national average in 2014 - was part of the problem, he said.

''You have younger people coming straight from high school ... and away from their parents, trying to find themselves, which plays into a lot of [the party culture].''

A university statement said it ''makes no apology for the fact it is a `destination' university''.

University marketing focused on its extracurricular activities and academic rigour, not partying, it said.

''So a destination, and a very fine one, it is!''Mr McCourt said in order for there to be any meaningful change in Dunedin student parties, the university would have to take responsibility for its reputation, and make an effort to change it.

''It creates a culture where people want to break loose,'' he said.

''It markets itself on that student experience.''