Master carver's work a gateway to Otago's past

An albatross now spreads its wings over the entrance to exhibits at Toitu Otago Settlers Museum. 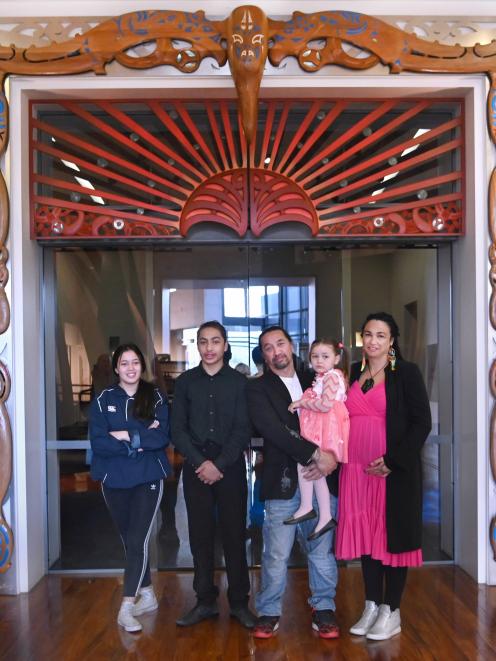 ''It has instantly transformed the message that we give our visitors.

''It's a really significant addition to the building, to the visitor experience, to the look and feel of the exhibitions that you pass through the gateway on your way to see. I think it's a very significant moment for us,'' Mr McCracken said.

Mr York said he chose the albatross - ''the greatest navigator in the world'' - as a symbol all Dunedin residents could identify with as the gateway. Te Ohaka a Toroa (The Nest of the Albatross) was designed to be inclusive.

''Once you pass through here, it's like everyone's one whanau,'' he said.

''It's kind of about everyone settling down in Dunedin, coming to settle here - whether they be new or they've been here for a while - all under the wings and the watchful eye of the albatross, which in this sense is a bit of a kaitiaki, or guardian, to watch over everybody, welcome everybody.''

Goldminers and whalers are represented in the carvings in the albatross's massive wings.

On the uprights, the four local runanga are acknowledged.

Blue on the pou evokes a connection to the water - the sea and the inland rivers and lakes.

The paua inlays use shells from Stewart Island.

The $30,000 project was co-funded by the Ngai Tahu Fund and a donation from the Otago Community Trust, as well as the Dunedin City Council.

James York Wow congratulations it looks awesome much resect and thank you for explaining the meaning of it in the video.