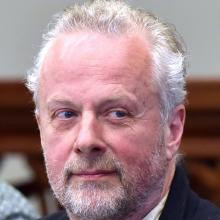 Lee Vandervis
Two Dunedin mayoralty candidates are calling for a review of new speed limits on the Otago Peninsula.

However, the city’s mayor says there has lately been a review, and it resulted in the 40kmh limits now in force.

A drop from 50kmh to 40kmh for significant stretches of road last month led to a petition against the changes attracting more than 1500 signatures, but the Dunedin City Council said the moves were made to improve safety.

Cr Lee Vandervis said a review should be carried out immediately.

He had found the 40kmh limits to be unbearably slow in all but areas with shops.

Cr Vandervis said he expected motorist frustration to cause safety problems, as well as drivers looking at the views, instead of the road, as they plodded along.

Cr Carmen Houlahan doubted the previous review should be the final word.

"It should be considered again in light of the complaints from residents in the area, to see if anything can be done to improve this situation," she said.

Both councillors have said they will contest the mayoralty, seeking to unseat the incumbent, Aaron Hawkins.

He said the city council would be required to draft, consult on and adopt a speed management plan for Dunedin and this would look at the issue overall. It had to be implemented by July 2024.

"I would expect the next council to kick that process off some time in 2023," he said. 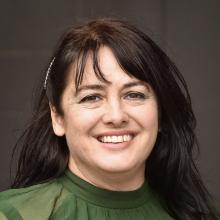 Carmen Houlahan
The speed limit changes were approved by the council in October 2021.

Cr Steve Walker said it would "seem rather preposterous to do another review on top of the very recent review that informed the decision made by the bylaw hearings committee".

The council has said some areas covered by the changes have high numbers of vulnerable road users.

Waka Kotahi NZ Transport Agency has praised the council for its leadership.

Lower speed limits reduced the chances of people being killed or seriously injured, and made roads and roadsides more comfortable for people to walk, bike and scoot around, the agency’s regional relationships director James Caygill said.

Some residents who signed the petition were perplexed a roading upgrade was followed by introducing limits seemingly at odds with conditions.

Otago Peninsula Community Board chairman Paul Pope, who started the petition, said he had written to council chief executive Sandy Graham, saying the new limits were "not working for the community" and, "as a board, we would like a review of the situation".

People in the community felt a decision had been imposed that did not reflect a great understanding of the area, he said.

Responses he had received suggested they could "live with" 40kmh limits if the zones were less extensive.