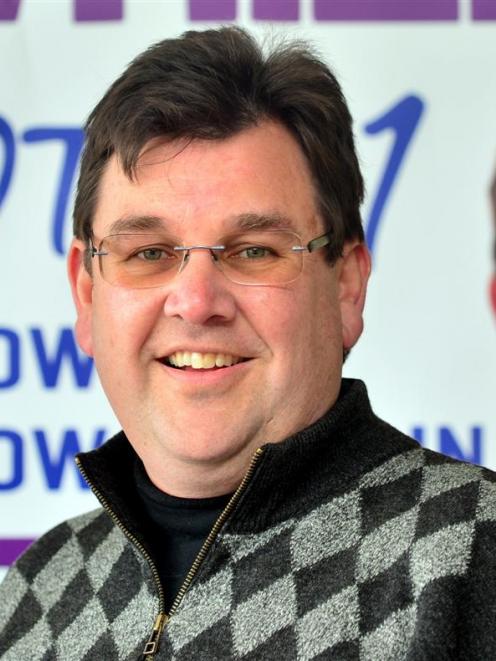 He believes that group has lacked any industry focus and not welcomed business without a ''green edge''.

Dunedin needed to welcome all business so it could prosper from the jobs, he said.

As a small business owner I have watched the city struggle. We are at a crossroads and really need to grow jobs and grow the city. Less than 1% GDP growth per annum over the last 10 years has not been that flash.

Jobs, growth, community. Debt is an issue. But the key part is giving ratepayers a better return on their rates dollar.

We need to to grow the revenue and maintain the expenses, whether it is debt repayments, services or standard expenditure, as they are, then we are going to have more at the bottom of the balance sheet.

There are only two ways we can go forward.

We grow revenue or we reduce expenses so citizens of Dunedin get a better return, and I'm all about growth.

How can the council grow its revenue then?

We really have to look at the economic strategy and say are we putting our best foot forward to people wanting to start a business in Dunedin?

I don't believe we are. We have not promoted the key features of Dunedin, and that is that costs to establish a business in Dunedin are dramatically cheaper than in Auckland or Wellington.

Office space rental is half the cost of what it would be in Auckland or Wellington, warehouse space is half, infrastructure or outgoing expenditure is generally half, and we have a more stable and educated workforce.

All those things are a positive for businesses and we've got the advantage in every aspect, but we don't sell that advantage.

We don't sell that we are a 10-minute city, we don't sell the fact we've got a great lifestyle, great education, great community services and infrastructure. I turned up in Dunedin after 13 years overseas.

I grew up in Wellington and I took the Dunedin job over the phone, and we couldn't believe how great Dunedin was, including the services, and how good it was for families.

Obviously, economic growth is a plank of your campaign. What other issues are you focused on?

The biggest thing is going to be maximising job and business opportunities.

We have to turn around city finances, controlling spending and growing revenue, and from there, I would also say, look you know what, we really have to look at supporting local. I would like to see a 10% procurement bidding advantage for businesses with their head office in Dunedin. We could do a better job in building global links.

For example, we could build a cluster of eight to 12 cities around the world with similar demographics, opportunities and education, tourism and business models and have them exchange and share information, ideas and examples of successful efforts.

There is a lot of opportunity, too, in alternative energies, for example, ideas like that of council energy manager Neville Auton who has an idea to generate energy off the city's existing water pipelines by putting turbines, generated by the water, along the line. There's a lot of ideas to which we have to open our minds. At times, we get caught in a silo. Graduate retention in Dunedin is also vital.

What is your vision for Dunedin and how are you going to make that happen?

We really have to improve job growth. We have to engage with Government and be proactive, rather than reactive.

Why is it we are only jumping up and down at the end of July this year?

We need to be proactive and engaging Government. No Government wants to be defending their position. They would rather be coming in and being seen as part of a positive win-win scenario.

If we look at ACC, I think that is a typical win-win scenario for jobs for Dunedin, for ACC and for the Government. So, we find other business models of opportunities like that and really present those as a great way of where Dunedin is really helping central Government grow.

We may lose Invermay, but there are other areas where we can really pick up and expand, and really grow and be positive.

Dunedin also needs to support Oamaru, Balclutha. It's not just about our jobs in Dunedin. It's about growing the coastal region.

To turn around and grow jobs, the DCC, university and polytech need to be working together to identify strengths and opportunities.

Is that not already what's happening with the economic development strategy?

If that were the case, you would have a council and mayor who were saying we are going to roll out the carpet for the gas and oil industry.

I support the gas exploration off the coast and that it will create 5000 direct and indirect jobs and bring in millions of dollars to the Dunedin economyI am very firmly committed to that opportunity. At least, let's open the door to that opportunity.

It's the same with the hotel, let's roll out the carpet.

With my tourism hat on, I fully support the hotel proposal, and believe the council should have done more to encourage it.

Let them come here, and if the oil and gas doesn't flow, or the hotel doesn't eventuate for some reason beyond the council's control, then at least we've shown our community, region and the country that we want to roll out the red carpet.

We are not doing that. If you go and talk to people in Auckland and Wellington, they don't feel that. They are feeling that we want to be a closed shop.

What strengths would you bring to the role of mayor?

I'm a small business owner and I've engaged with a lot of people. As a golf pro, you are dealing with people every day, you are dealing with a huge segment of the community on a regular basis. I've got 500 members at the Chisholm Park Golf Club. That, to me, is a very strong demographic of what Dunedin is all about.

I engage those members on a regular basis, I understand what they are talking about, I know what's happening in their communities.

To me, those are the sorts of attributes I can bring across into the mayor's role. It's leadership, it's vision, it's working with people. The mayor is putting his front foot forward, and creates the vibe for the city.

How many council or committee meetings have you actually been to and sat through?

I've actually watched a few online. I did attend them in the past, prior to the past election, but this time I've watched them online and I read a lot of reports and review a lot of the documents on line. If you are running for mayor, you need to be up with the play on a lot of the issues.

What community involvement, other than your work, have you previously had?

Right now I'm involved in Dunedin South Rotary Club. I'm a director of the Rotary Club, I'm also chair of the fundraising committee. I'm on the board of Dunedin Host, with responsibility for the cruise portfolio. I've also been working with various charities to raise money through golf tournaments. I'm on the board also with the NZPGA.

How much do you expect to spend on it?

I'm right of centre, but I have no political affiliations and am not a member of any political party.

So who do you think your natural supporters will be?

Definitely the business community and families.

What are your concerns exactly about ticket politics at a local level?

I'm actually quite concerned about a situation where you could end up with a bloc vote, where you could have Greater Dunedin and Greens dominating council. To me, that is a major fear.

This past council at least has had a representation across the board. Greater Dunedin has some great candidates and my fear is that we end up with a Greater Dunedin-Green style local body politics that really stymies growth.

Council experience: None. Ran for council in 2010. 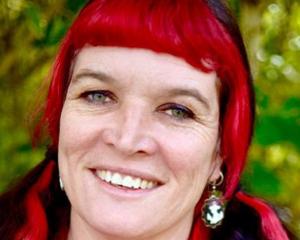