McGlashan 5 have all the right moves 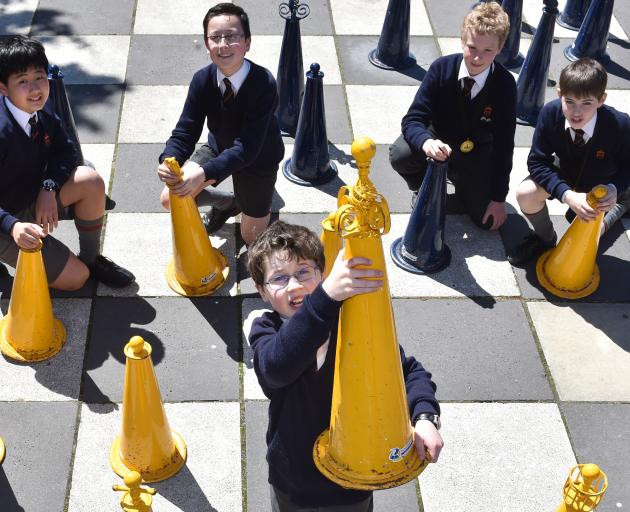 Martin Brook (11), Caleb Oakley (12), Max Baldwin (13), Noah Oseki (13) and Jinyoung Kim (12) showed they had the wood on their opponents at the Wellington event and to top it off, Martin won the junior master award after remaining unbeaten in his nine tournament games.

Martin's team-mates say he is usually conservative with his conversation - he prefers to let his chess moves do all the talking.

But yesterday, he said he was ``quite pleased - no, very pleased'' to have won the junior master award.

``I've been working very hard on it. I've been playing chess seriously for about three and a-half years now.''

He is aiming to become New Zealand champion and then world champion.

Caleb said the group had been practising up to three days a week, in preparation for the national final.

``Mt Roskill Grammar's intermediate team has won it for the last three years. We beat them by half a point. It was great.

``Martin was the key to the win. It all came down to his game. He had to win. If he tied or lost, we wouldn't have won the competition.''

Since winning the national final, the team members had become kings of the school yard, he said.

``We're almost as popular as rugby players at school after winning the competition.

``We're getting a lot of positive attention. It's great.''

Caleb said the team would be split up next year because most of them would be too old for the intermediate competition.

But the good thing about it was that Martin would lead the intermediate team again while the other four would compete in the senior category.

``We're hoping to win both the intermediate and senior competition.''

This year the junior category was won by Eastern Hutt School and the senior category victors were Mt Roskill Grammar.