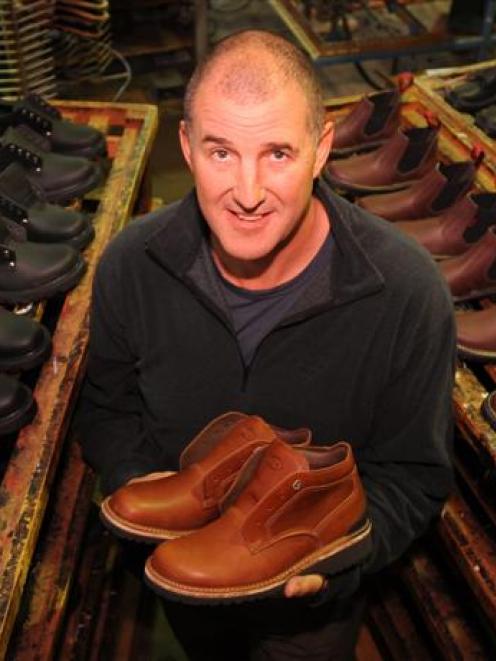 The firm, which makes 40,000 pairs of shoes a year, had until now operated a retail store only in Dunedin.

Owner David McKinlay said yesterday the decision to set up in Invercargill was based on the success of the Dunedin store "both in terms of promoting our own product and as a marketing tool".

"There were changes in how our footwear was going to be sold down there that we weren't entirely happy about and we just thought it was an ideal opportunity to look at it and get in."

The decision to expand was made despite the difficult economic times.

"And being able to pick up the staff that we have to run the store was a deciding factor as well."

"There's a real need for our men's casual footwear.

"We believe there's a lot of market we're not getting at the moment . . .

"There's a lot of money in Southland."

It is the only remaining New Zealander manufacturer, of any size, producing men's and school shoes.

Mr McKinlay said China now produced 80% of the world's shoes and McKinlay's had concentrated on the quality end of the market where it could compete with China - even on price.

While shoes made in China with low-cost labour started out cheap, they were equivalent to the price of New Zealand-made shoes when they arrived here.

"They have bigger margins, but by the time you bring it out of China, it might be passing through two more sets of hands, so there's a lot of margin being taken out of it by wholesalers, whereas we deal direct with the stores."

"Our big advantage as a New Zealand manufacturer is that we can modify what we are making to suit individual shops' requirements and produce very small batch runs with very quick lead times which you can't do out of China."

Mr McKinlay said the Dunedin factory had plenty of capacity to deal with any increase in sales from Southland.