Mega floods, extreme heat could be in store for Otago

Photo: Stephen Jaquiery
Parts of Otago could experience mega-floods, up to 40 more days over 30degC a year, and up to 40 fewer frosts a year by the end of the century if greenhouse gas emissions go unchecked, a new report examining the projected impact of climate change on the region shows. 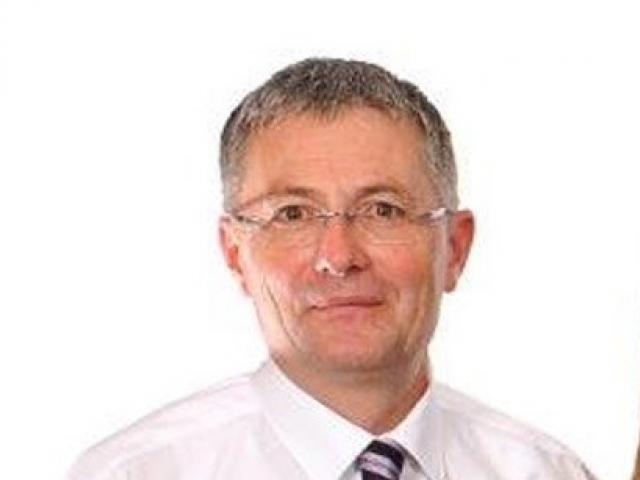 Gavin Palmer.
The 136-page report, commissioned from Niwa by the Otago Regional Council (ORC), also shows worst-case scenarios that include average temperatures in Otago increasing by up to 3.5degC, an up to 40% increase in winter rain, up to 35% more intense "extreme'' one-in-100-year rainfalls, and up to 10 more dry days a year.

‘‘Changes to Otago’s future climate are likely to be significant,’’ it states.

As part of the risk assessment project, the council was sharing its information, including the findings of the projections report, with other councils and industry.

It was also hosting workshops to identify the vulnerabilities the council was now aware of, as well as what gaps there were in its knowledge that might be filled by more localised or specialised studies, she said.

The work would produce a risk assessment summary this year, which would be updated over time and would help the council prioritise risks so it could draw up adaptation plans.

The report’s eight authors noted the extremes presented were established through modelling using a relatively small number of global models, scaled down for the region, but were based on the best information available for New Zealand.

The report compares an unchecked greenhouse gas emissions scenario and one where there has been some mitigation, for two periods: 2031-50 and 2081-2100.

‘‘Much of the material in this report focuses on the projected impact on the climate of Otago over the coming century due to increases in global anthropogenic (human-created) greenhouse gas concentrations,’’ it states.

‘‘However, natural variations will also continue to occur. Much of the variation in New Zealand’s climate is random and lasts for only a short period, but longer term, quasi-cyclic variations in climate can be attributed to different factors.’’

Those involved in, or planning for, climate-sensitive activities in the Otago region would need to cope with both changes to the weather created by human activity and natural variability, the report said.

ORC operations general manager Gavin Palmer said the council was looking at when it might do a region-wide greenhouse gas emissions assessment.

The timing for that work was being discussed as part of the council’s work on its draft 2020-21 annual plan. 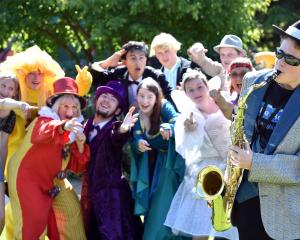 I'd rather have some sunshine this summer than read about the end of the century!

Putting creditability on a report from an organisation that seems to get the 3-5 day weather forecast wrong about half the time? If they can not do that then how can they forecast 30-50 years? People selling their scaremongering wares with a vested interest. CO2 for example; man-made CO2 accounts for 3.4% of all CO2, and CO2 is 4% of greenhouse gases, which is 8% of all the atmosphere. Simple math: 0.034 x 0.04 x 0.08 is a really small number that even a NIWA 'scientist' can calculate to know true effects of man & CO2. The sun warms and cools the Earth in cycles -that is the major (99%+) driver of climate.

Let us fix up our pollution first; eg dirty cars/buses, reduce waste, stop mindless/trophy overseas/domestic trips to see all the 'sights' (I do confess I am a culprit) etc and live a simpler life.

"Let us fix up our pollution first; eg dirty cars/buses, reduce waste, stop mindless/trophy overseas/domestic trips to see all the 'sights':
You're right on the money there OtagoIdeas, Globally, should we all start the process of conservation as individuals, then indeed we could actually make a difference. Markets are based on profits, those profits come from demand. As individuals, we CAN change demands. Sadly, I doubt we will see many takers on the subject of preserving the planet, but l like your thinking none the less, More of us need to think this way.

My advice would be to secure your roof, clear your drains and beef up your foundations. Globally, we're but a drop in the ocean to make barely any difference to climatic change. We can't change the weather, but we can change how we live and cope with it. Globally, far too much ISN'T being done by areas with massive populations, that continue to grow, so don't expect a good outcome anytime soon. How many of you have stopped using your car as you see Australia burn? Batten down your hatches folks, there are no silver bullets and nature will have her way. Most people, will do as they normally do.......nothing.

"Ineptocracy" This definition sums up what is afflicting every level of society for far too long. "A system of government where the least capable to lead are elected by the least capable of producing, and where the members of society least likely to sustain themselves or succeed, are rewarded with goods and services paid for by the confiscated wealth of a diminishing number of producers." Ineptocracy (in-ep-toc’-ra-cy)

Copers, your comment is gold. Now, may we have another election please? And you lot that don't bother to research the candidates, nor bother to vote, get your acts together. Men died to give you the freedom to VOTE!! Exercise your privilege, or consider a move to North Korea if you'd rather not participate.

Well in 2100 we wont be around to see if these predictions are right or wrong -- Predictions for year 2100 are just as reliable as predictions made in the past. They are as good as diddly squat...

Does this mean that the DCC will not maintain the drains? What a load of ....... Agree with others above and Gavin Palmer gave me a report to say I'd live to be 120. So I guess I'll get to see this play out - yeah right.

I wonder what the cost was? possibly should have got the paper money out and burnt it.

I guess with OMV off the coast we shouldn't expect too much from the comments under such a story, but still it's a little off-putting that they're all denial. They should note that the east coast of NZ is really only a few degrees lower in temperature than much of NSW & Victoria that is currently burning. So a few years and we might be dealing with very similar problems, in fact they're already evident in places like the Hawkes Bay & Bay of Plenty, Canterbury and Northland. As well of course as having to adapt to much higher rates of sea level rise with its attendant ills that it will serve on South Dunedin & the Taieri not to mention other parts of the Otago coast. Climate change will impact on all of us, but those on smaller incomes more so though....

Is there a link where we can find the report? I've searched both ORC & NIWA and can't find it.

Hello Richard, not so much denial of climate change, more so reseach of facts. Scaremongering is not serving society well. fact is, sea levels rise and fall, they have done for millions of years. In fact, there was a time when ice shelves approached the equator. Yes, we humans are having an impact, however, as you will have noted, our effect is in fact rather small. That is not denial, it is acceptance that the planet and how it works is bigger than us mere mortals. If we are serious about changes, those changes should be based on our habits and behaviours in regard to our environment. No one would deny we are messy buggars, focused prodominately on our financial health over our actual health. Such is the modern world of capitalism. Our younger folk should be our concern, and it concerns me deeply that we feed them nothing more than lack of hope for their futures with poor facts, housing and environment. Yes, we do have problems, but we should equally embrace and look after what we have. As for OMV, drilling is a fact of modern life, until we come up with something better. Globally ending coal burn for power generation and a reduction in vehicle usage would do wonders.

How long till we see a mass rush Sth in search of water and a cooler climate. It'll start with Ozzy's and then some NZ towns, Gisborne, Hawkes Bay...

If Vndervis had won the election he would be flapping his arms saying it'll never happen and if it does he will take the weather to court
Thankfully he lost and he will be to old and running out of steam after the current mayor has had two or three terms. Good riddens to him!

I’m impressed how much work, time and resources have been applied to this 138 page report to predict our climate in 80 years time.
In the mean time I’m not impressed by the skyrocketing housing costs, stresses our farmers are under, traffic congestion within the city, expanding poverty class and the endless societal contempt and fear mongering inflicted on our children by the state education system, occurring today, here and now.
Wasting our resources to continue pushing CC predictions that have never, ever been near what actually came to pass, is fiscally irresponsibly. You could get the same narrative by editing Al Gores movie and just changing the dates to whatever.
The focus needs to be on the here and now, not some apocalyptic Hollywood movie..