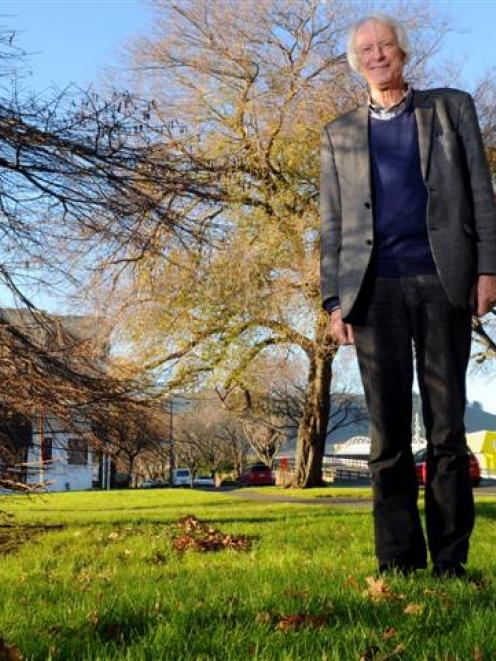 Archibald Baxter Memorial Trust chairman Prof Kevin Clements on the Anzac Ave site where the group hopes to build a memorial garden remembering conscientious objectors. Photo by Craig Baxter.
Plans to build a memorial garden in Dunedin's Anzac Ave to honour the actions of conscientious objectors have been greeted with initial consternation by the local RSA.

The RSA says it has no issue with the memorial itself, but is concerned by its proposed location on a road named to commemorate World War 1, where rows of elm trees planted in the 1920s pay tribute to Dunedin's fallen soldiers.

Dunedin city councillors yesterday considered a request from the Archibald Baxter Memorial Trust to use a triangle of council land at the corner of Harrow St and Anzac Ave for a ''memorial garden'' honouring those who resisted war, including Dunedin man Archibald Baxter.

Contacted after the meeting, Dunedin RSA president Jenepher Glover said it was the first she had heard of the trust's plans.

The RSA would have to discuss it, but her initial reaction was concern, not about memorialising Mr Baxter, but about the proposed location.

''The RSA respects all sorts of people. He [Mr Baxter] had a role to play, he was there and he was involved. I'm not going to say he doesn't deserve a memorial, just that Anzac Ave might not be the best place.''

RSA executive committee member and former president Fred Daniel said it would probably be a matter of ''great sensitivity'' to some people to have the memorial on Anzac Ave.

The plans being made public in such a way felt confrontational and he felt it would have been better for the RSA to have been consulted before this stage.

But trust chairman Prof Kevin Clements, director of the Centre for Peace and Conflict Studies at the University of Otago, said the trust's intention was ''absolutely'' to discuss its plans with the RSA.

It had considered several sites and felt Anzac Ave would be fitting in terms of its name and significance to the Baxter family. 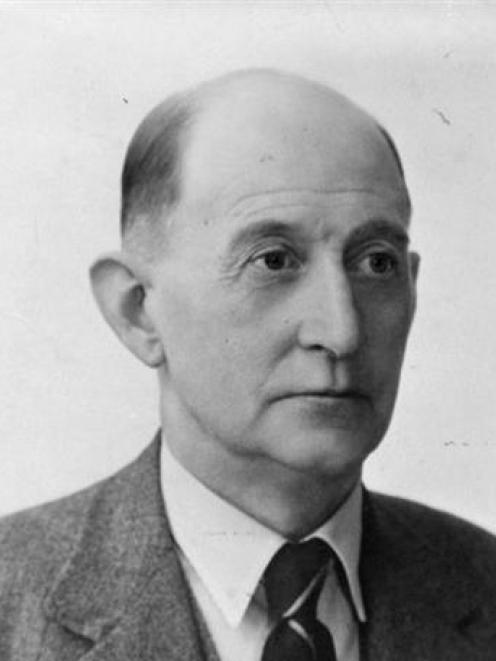 Archibald Baxter.
The garden would make the street a place to come and reflect on all the different ways New Zealanders responded to the war and the ''tragedy of the whole thing'', he said.

The design was only a concept at this stage, but included sculptures.

While councillors indicated general support for the project in discussion, they refrained from making any commitment at this stage.

Instead, they asked that more work be done with the trust to develop the proposal and a draft agreement relating to the memorial garden's costs design and ongoing maintenance etc.

Those would then be considered by the council.

At the suggestion of Cr John Bezett, who expressed concern the trust was coming at the project ''sideways'' by approaching the council first, a specific request the trust consult with the RSA and other interested parties was added.

It was important the RSA was consulted before the council agreed to anything, he said.

''It's got to be a tentative approach at this stage. If it looks too much like a deal has been done, we will find we have people who are quite aggrieved by it.''

After staff raised a few concerns, Cr David Benson-Pope warned of the potential for the council to ''overcook things'' and put up barriers to projects.

''I think [the project] is very exciting. It is simply an approach by a distinguished group of people who want to recognise a famous Dunedin man and make a contribution to the city, and I think one that will be welcomed by most Dunedin people and most New Zealanders.''