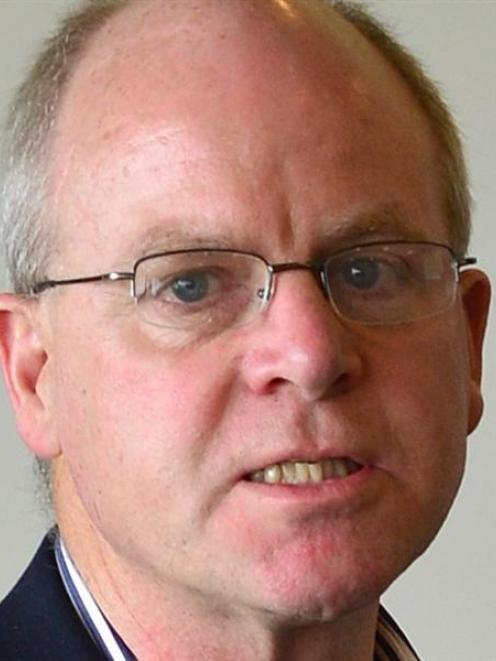 Paul Glue.
A key part of the oversight of compulsory treatment of mental health patients appears to fall short of acceptable standards for exercising such power, a new book on New Zealand's mental health law suggests.

Co-edited by Prof John Dawson, of the University of Otago faculty of law, the book raises concerns about possible over-use of compulsory treatment orders, and Maori overrepresentation in compulsory treatment, while concluding the legislation itself is sound.

The book includes an audit of the use of a second psychiatrist's opinion to approve compulsory treatment orders, carried out in three unidentified district health boards.

Findings were co-presented yesterday by Prof Paul Glue, head of psychological medicine at the University of Otago, one of six researchers who carried out the audit.

Every health board had different documentation procedures for the process and among the three boards audited there were differences in the information recorded.

Of the 438 cases studied, 3% were declined, while 8% were partially approved.

Prof Glue said there was support from senior psychiatrists around the country for creating a standardised New Zealand assessment form to strengthen the process.

However, he cautioned against over-interpreting the findings, saying more consideration was likely to be occurring than was formally recorded.

Follow-up for the minority of patients whose compulsory treatment orders were declined was also lacking, he said.

The chapter of the book containing the audit said: ''A significant proportion of the documentation appears to fall short of the standards that would seem to justify the exercise of power to compel patients to take medication they have explicitly refused.''

Prof Dawson, in a press release, said compulsory treatment seemed to have increased significantly in the past five years, and it was unclear what was happening.

The book, whose authors include lawyers and psychiatrists, calls for research into why the rates of compulsory treatment appeared to be increasing.

It was possible increasing social deprivation could be a factor, he suggested.