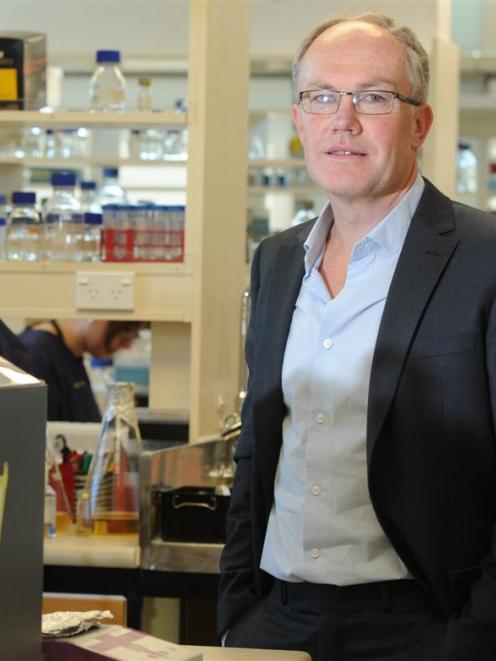 ''Obviously, I'm delighted, but my delight comes from that fact that it's a reflection of all the hard work done at Otago University by 50 postgraduate students over 15 years,'' department of microbiology and immunology Prof Greg Cook said yesterday.

''I've had great mentors, too. A little bit of the medal goes to the late Sandy Smith, who mentored me.''

The medal reflected the work of colleagues, students and the philosophy of the department, he said.

''It's an incredible collegial environment here.

"Science is a team effort and a collaborative environment. If you don't have the support of colleagues, you're never going to get there,'' Prof Cook (48) said.

''I'm very proud to be the first microbiology recipient of the medal.

"Internal gongs are hard to get, because you're judged hardest by your colleagues. If you can get their recognition, then you've really achieved something,'' he said.

''It's recognition that we're doing some really good stuff here and that's a nice feeling.''

The medal is awarded annually for outstanding scholarly achievement, or the development of concepts that lead to significant advances.

University vice-chancellor Prof Harlene Hayne said Prof Cook was an energetic researcher at the forefront of his scientific field.

''In addition to his many scholarly accomplishments, he has also proven to be a strong leader in this university's research effort through nurturing the development of dozens of postgraduate students,'' Prof Hayne said.

Prof Cook joined the Otago department of microbiology and immunology in 1998 as a lecturer, after studying overseas, and was made a full professor in 2009.

His pioneering work on micro-organisms able to survive in extreme environments has earned him international recognition. In 2011, his research on extremophile bacteria survival in harsh conditions led to a bacterium found in Utah's Great Salt Lake, Amphibacillus cookii, being named in his honour.

He has collaborated with world-leading microbiologists and bacterial geneticists and was appointed Otago School of Medical Sciences associate dean of research last year.

Last year, he was made a Fellow of the Royal Society of New Zealand and was awarded the Otago School of Medical Sciences distinguished research award.

He will receive the medal at a public lecture in the Castle lecture theatre on October 16.