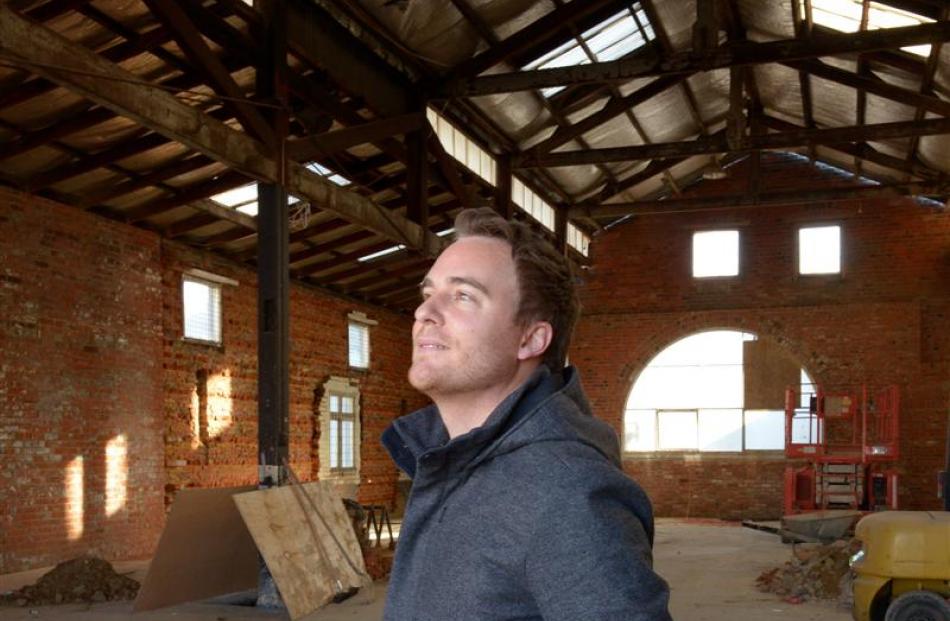 Ian McKinlay's plan to convert this 130-year-old brick stable at 218 Crawford St into Dunedin's newest microbrewery is just one part of a $7million package of projects under way in the city. Photo by Gerard O'Brien. 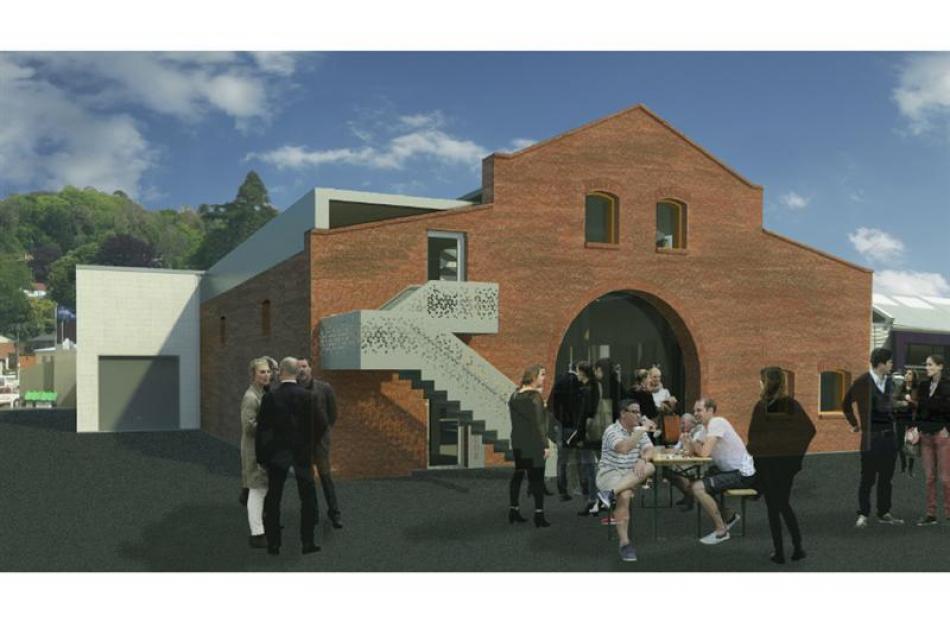 What the dilapidated stable building will look like once finished. Image supplied. 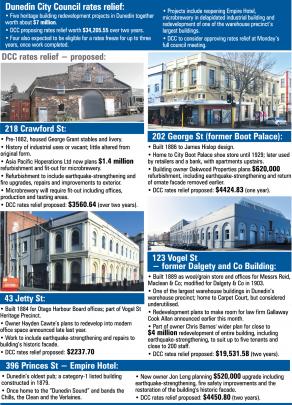 A plan to convert a derelict 130-year-old brick stable into Dunedin's latest microbrewery is just another sign of the heritage ''renaissance'' under way in the city, the Dunedin City Council says.

The microbrewery is one of five projects spread across the central city - together worth close to $7million in private investment - poised to receive rates relief from the council next week.

The list of projects also included a nearly $4million revamp of one of the warehouse precinct's largest underutilised buildings, at 123 Vogel St, to make room for up to five tenants and close to 200 staff.

A confirmed plan to restore and reopen the Empire Hotel, under the new ownership of Dunedin businessman Jon Leng, also made the list, as did the restoration of properties on George and Jetty Sts.

Council heritage policy planner Dr Glen Hazelton said the latest cluster of projects, and the momentum building across the city, was ''very exciting''.

So, too, was the trend towards restoring earlier facades, parapets and other heritage features lost over the years, he said.

''It's something quite different to what is happening elsewhere around New Zealand, where there isn't so much positive news around heritage.

''This feels like a real renaissance for the city's built heritage.''

Councillors will consider on Monday a staff recommendation to grant rates relief, worth about $34,000 over two years, to help support the projects.

The $1.4million microbrewery plan was the work of a new Dunedin-based company, Asia Pacific Hoperations Ltd, which planned to lease the old stable at 218 Crawford St from its funder, Southern Capital.

Asia Pacific Hoperations director Ian McKinlay said the company aimed to be operating the brewery by early next year.

Mr McKinlay would not be drawn on details of the business plan, except to promise ''something pretty different'' in the beer market.

However, work on the old building would include an extensive overhaul, inside and out, to make room for production facilities and a new tasting room, as well as office space on a new mezzanine floor, he said.

The facade would be restored and opened up, including an ornate external staircase and large glass arch frontage, allowing the public to look in, he said.

The entire building would also be earthquake-strengthened, and fire safety systems improved, and the company hoped to convert some of its outdoor space into a landscaped on-licence area in time.

Mr McKinlay said the old building had been ''hidden away'' and facing demolition, but its appeal had been obvious, despite its condition.

So, too, had the appeal of its close proximity to Princes St and the burgeoning warehouse precinct, he said.

''It sort of just screamed brewery, I think, and it's in a really good location.

''We're hoping that we're sort of pulling down that new Dunedin heritage culture - that funky sort of vibe that seems to be slowly happening ... south a bit more.''

He praised the council's efforts to assist projects like the microbrewery.

''Any little bit helps - any sort of incentive that's going to make a difference as to whether or not people actually choose to maintain and keep these buildings, rather than just knock them down.''

The praise was echoed by Dunedin building owner Chris Barnes, who said he planned to spend close to $4million redeveloping his building at 123 Vogel St.

Plans by law firm Gallaway Cook Allan to shift its 60 staff to the building's top floor, above Carpet Court, were confirmed earlier this month.

But Mr Barnes said the redevelopment, once finished in December next year, would create room for up to three more tenants and 70 more staff on its middle floor.

That would lift the building's total occupancy to a maximum of five tenants and close to 200 staff, providing a big boost for the area, he said.

He was already in talks with prospective tenants seeking office space, and also a potential hospitality tenant that could complement the area's growing offering.

Mr Leng, the owner of Chapel Apartments, said he planned to begin work restoring and earthquake-strengthening the Empire Hotel later this year.

The bar itself would not reopen for another two years, once work was complete and an operator was signed up, he said.

He was committed to reopening the hotel as a tavern and live music venue.