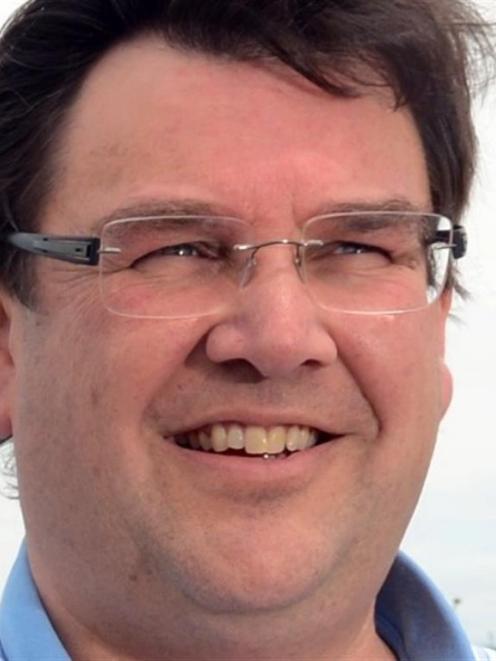 Andrew Whiley.
A report identifying failures in the lead-up to last June's floods has highlighted the need for investment in South Dunedin infrastructure which could be worth hundreds of millions of dollars.

Both Cr Andrew Whiley and the Insurance Council of New Zealand said the report showed investment was needed, with Cr Whiley saying successive councils had let South Dunedin down by putting off investment in the area.

The comments come after the report released on Wednesday found 75% of mud-tanks in South Dunedin were not properly maintained.

Insurance Council of New Zealand chief executive Tim Grafton said the flood and the report on the flood were a "timely reminder'' about the need for investment in infrastructure.

"It's going to be a growing problem in parts of New Zealand and in Dunedin with sea-level rise.''

Mr Grafton pointed out the report showed South Dunedin's stormwater system was built more than 50 years ago and since then development in the area meant the remaining exposed ground did not soak up as much water.

Insurance companies would not be chasing the council for any liability as the amount of rain that fell meant "damage to properties was going to occur in any event''.

"It's very difficult to say with any authority at all, sitting here in Wellington, the extent to which either the management of the mud-tanks or the monitoring of those mud-tanks contributed to the damage.''

Council infrastructure and networks general manager Ruth Stokes said last year's floods and the report had been a "catalyst'' for the council to take a hard look at the challenges facing South Dunedin - which was already an area of focus.

"You are talking tens if not hundreds of millions to replace a big area of infrastructure, which is why it's really important that we don't just consider the stormwater infrastructure in isolation.

"Addressing all the challenges that South Dunedin faces is going to be a significant investment.

The council was now working with the Otago Regional Council to put together a "full picture'' of the hazards and challenges and would report back in the middle of this year.

Council was also focused on having conversations with the people of South Dunedin about the challenges and potential fixes.

The floods had also highlighted priorities for infrastructure investment in other parts of the city where there was flooding.

Cr Whiley said the council had failed South Dunedin by not investing in infrastructure.

"The bottom line being is: the ratepayers of South Dunedin, have paid how much in rates over the years, but yet have they had any love for their rate money?''

"I think we have got a big bill on our hands upgrading infrastructure around the city, not just South Dunedin.''

He compared the situation to a homeowner letting his house fall into disrepair and rot.

"If you have all this infrastructure you have to maintain it and you have to spend money maintaining it.''

He was sceptical of the view there would have been serious flooding even if the system had been properly maintained.

Attempts were made to contact Dunedin Mayor Dave Cull, who is at a local government conference in the Chatham Islands, but he could not be reached for comment.