A cruise ship that visited Dunedin at the weekend had an outbreak of norovirus on board.

Port Otago cruise manager Carolyn Bennett confirmed there had been a "minor outbreak" aboard the Noordam, which left Port Chalmers yesterday evening after arriving about 8.30am.

It had a capacity of 1924 passengers.

Norovirus is a highly contagious virus that causes an upset stomach. Its main symptoms are vomiting and diarrhoea.

Carnival Australia represents Holland America Line, which operates the Noordam. It could not be reached for comment yesterday.

A passenger on the ship told the Otago Daily Times he believed the outbreak had occurred when the ship visited Sydney.

The crew had been doing a "very good job" of managing the incident, he said.

"The captain has been on top of it. They're really taking our health seriously," he said.

Two people were transported by ambulance from a cruise ship at Port Chalmers to Dunedin Hospital yesterday morning.

But a hospital staff member said they did not present with norovirus symptoms.

New Zealand Cruise Association chief executive Kevin O'Sullivan was unaware of the outbreak, but said ships had procedures in place around how to deal with them when they happened.

Such outbreaks were relatively rare, he said. 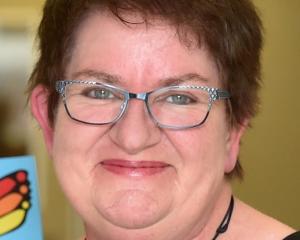 Harbour residents had better keep those face masks on then. Hopefully they'll become a protest symbol like Guy Fawkes masks.