More than ever away with pixies 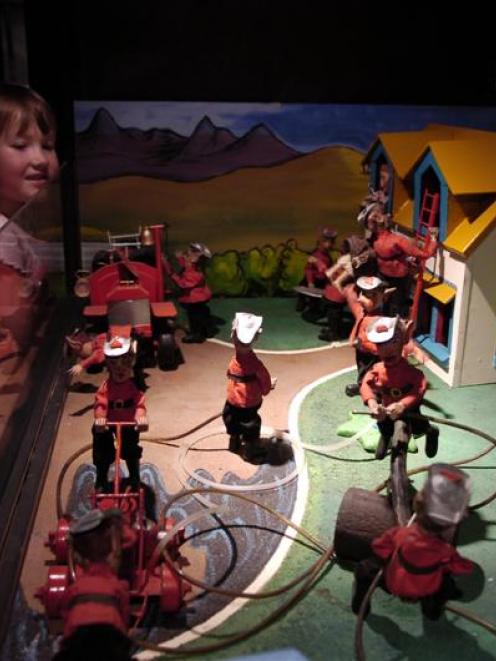 More than 11,600 people visited the latest free-entry Pixie Town display, which closed on Friday afternoon after being open to the public since last month.

The Pixie Town concept apparently began in the 1950s, the brainchild of Nelson man Fred Jones.

Nine of the "towns" were eventually created - all depicting an array of mechanised pixies doing some rather amazing things, including carrying a woman down a ladder from a blazing house.

The museum's "town" was initially displayed for some years at Dunedin's DIC department store until it closed in the late 1980s.

John Ingram, the museum visitor programmes co-ordinator, said he was "absolutely ecstatic" at the community's strong response to the fifth annual Pixie Town show run by the museum.

"We've had such brilliant feed-back from people this year."

Difficult economic times had contributed to the show's appeal this year, with parents realising their children could have a lot of fun at no cost to the family budget.

The show had attracted "a massive spectrum of people", including some older people visiting by themselves, as well as family groups and many children.

Attendance was well up from about 8900 last year, and had exceeded the previous 10,700 record, he said.