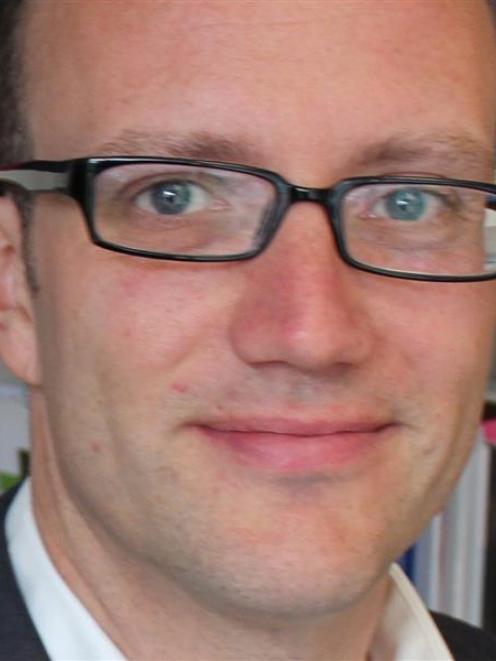 Thirty-five labour inspectors are employed in New Zealand to cover a workforce of almost 2.2 million, a ratio of one inspector for every 62,717 workers.

''There is a chronic problem of migrant exploitation in New Zealand,'' Mr Sissons said.

''The issue with the breaches of employment standards is we have this constant trickle of human misery and suffering. We don't have a giant catastrophe that focuses people's minds.''

Mr Sissons spoke to the Otago Daily Times about migrant exploitation after a report in the newspaper earlier this week on migrants who say they are paid as little as $4.37 an hour, often without holiday or sick pay and too afraid to complain to authorities.

Otago's workforce stood at more than 100,000, according to the 2013 census, covered by two labour inspectors based in Dunedin.

Many Otago workers were employed in the farming, horticulture and hospitality sectors in which worker exploitation was more prevalent, Mr Sissons said.

''There's some recognition that the system in broken,'' he said.

''But there are still some elephants in the room.''

Employers had ''incentives'' to exploit workers as not only were employers unlikely to be inspected, but if caught the penalties for those breaching minimum employment standard were ''so low'' that some took their chances, he said.

''In some cases, it's a rational economic decision for employers to behave badly, which is really terrible.''

From January 2008 to March 2013, the average penalty handed down by the Employment Relations Authority in cases brought by labour inspectors was $2826.14.

The punishment for worker exploitation needed to be reviewed and fines of up to $100,000 for corporations and $50,000 for individuals and potential for imprisonment would provide appropriate disincentive, he said.

The measures were similar to what was proposed by the Immigration Amendment Bill (No 2), but he felt that the Employment Relations Amendment Bill - which was also before the House - could undermine the protections.

Mechanisms such as the minimum wage order, which allowed employers to average salary work over a fortnight instead of a week, and 90-day trial periods were already creating ''structures of vulnerability'', Mr Sissons said.

Earlier this week, Immigration Minister Michael Woodhouse, of Dunedin, told the ODT this year's budget allowed for six more labour inspectors and, if re-elected, National hoped to pass the Immigration Amendment Bill (No 2) into law.

The Bill passed its first reading last November and the transport and industrial relations committee reported to Parliament on the Bill in May.