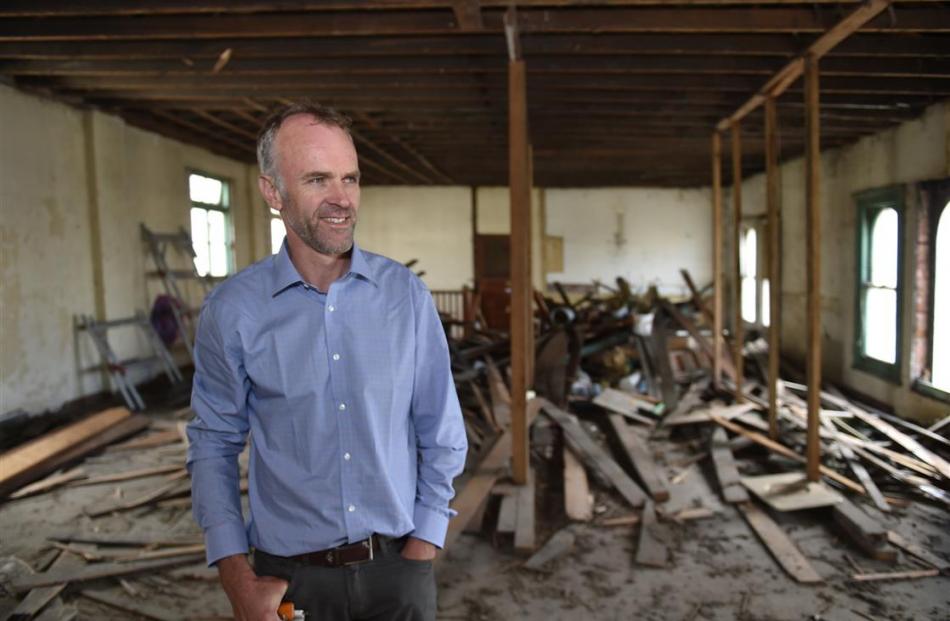 The new owner of 135 Cumberland St, David Hanan, believes the building will work well as apartments. Photo by Gregor Richardson 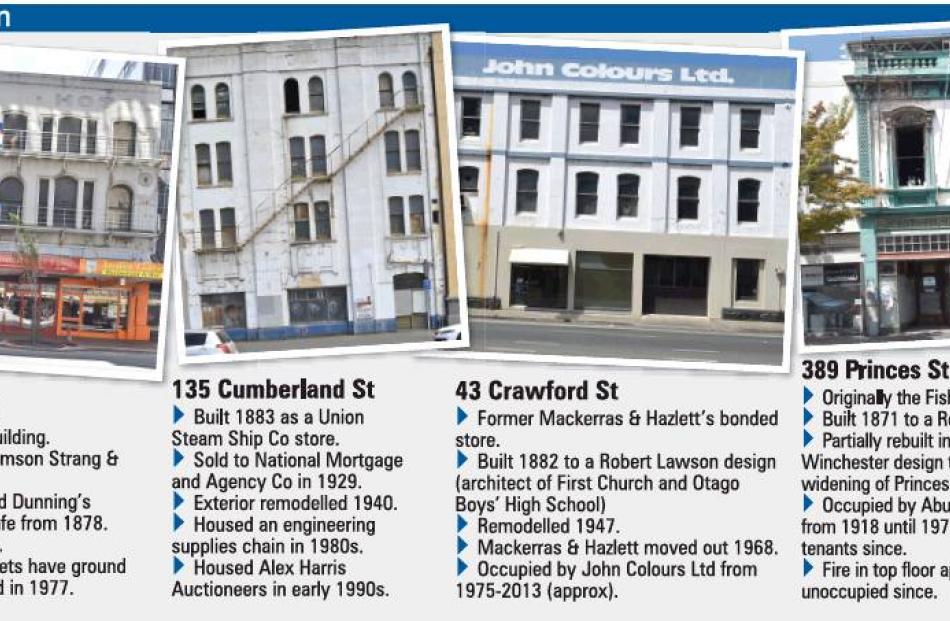 Dunedin buildings set to be restored. Click on ODT Graphic to enlarge.

It's a New Year's gift for those lobbying for Dunedin's historic buildings revival. Four more at-risk Dunedin heritage buildings are to be restored.

Dunedin City Council team leader urban design Glen Hazelton said the John Colours building was expected to be turned into a mixture of commercial use for the ground floor, and residential use above.

Environmental engineer Dave Hanan said his Cumberland St building would eventually house apartments. Dunedin heritage building owner and archaeologist Hayden Cawte said he had put an unconditional offer on 389 Princes St. He would like to return it to commercial use.

The four central city buildings join a growing list of formerly derelict buildings being coaxed back to life by city developers, including the renovation of 130-year-old Crawford St brick stables, the former Terminus/Gresham Hotel restoration at Queens Gardens, and the Donald Reid building restoration on the corner of Jetty and Vogel Sts.

Mr Hanan said his Cumberland St building's interior was the worst he had seen.

A leaking roof had over many years caused a roof joist to rot and break, and left holes and rotted floors on three of the building's four levels. Foliage was growing inside the building, and pigeons were still coming indoors.

But Mr Hanan said he had done his due diligence and was confident the restored building would turn a profit.

He paid $20,000 for the lease-hold building late last year and although a considerable sum would be spent on earthquake-strengthening and bringing it up to a modern standard, he was "quite comfortable with the return aspect of it''.

"And I quite like a challenge. I don't do rest very well. And this is certainly not restful.''

While he had not settled on final designs and configurations, a lift would be installed and the building would be converted into several one-bedroom apartments on its first and second floors with a penthouse covering the top floor.

The ground floor would probably become car parking, storage, or both. The exterior would be stripped back to its original concrete render.

Design work was expected to be complete in March, with construction to start in July. It was hoped work would be finished by December next year.

"What's happened in the Vogel St area and the warehouse precinct has brought a whole lot of vitality back into this area, which was a dog, frankly, five years ago.

"People are attracted to the area because of what's happening down here. It's cool. I think people are suddenly realising these buildings actually are beautiful, and they can be made to look like they were in the past.''

Mr Hanan said staff and councillors at the Dunedin City Council deserved praise for the revitalisation.

"You've got to take your hat off to Glen Hazelton and his team. Because they've been the driving force behind the whole thing.''

Dr Hazelton said the city's heritage renaissance was something the city could be proud of.

"I think what's really exciting about it is other parts of the country are still scratching their heads about what to do with their heritage buildings, and demolishing more and more, while Dunedin is just getting on and doing something positive about it.''

The frequent developments, especially those of buildings in as poor a state as 135 Cumberland St, showed a growing confidence in the city, he said.

"There are other buildings that we know of that are soon to come to light. It's really exciting for the city.''