Mosgiel Countdown project gets a boost 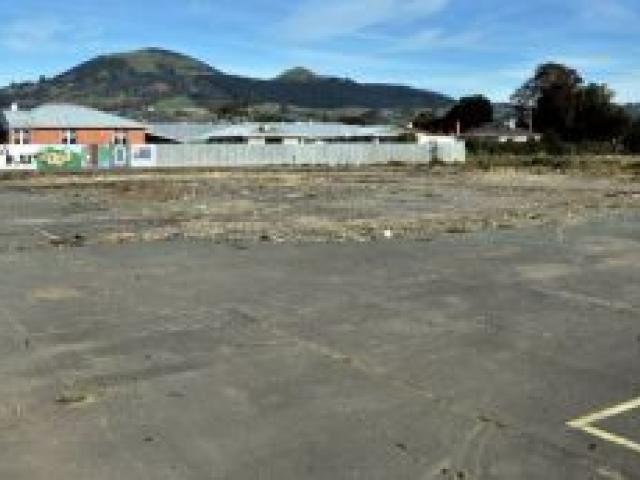 Site of the new Mosgiel Countdown. Photo by ODT.
Plans for a $15 million Mosgiel Countdown have been given a boost after the company met a residents' group which has called for changes to the project.

Representatives from Countdown and Positively Progressive Taieri, a group of 30 nearby residents, were among those at a pre-hearing meeting on Wednesday.

Positively Progressive Taieri spokeswoman Emma Peters said the meeting was ''very productive'' and the group would ''probably'' - subject to receiving final design plans - remove its opposition from the project and instead support it.

This was because Countdown came to the meeting with changes which addressed the group's concerns, she said.

The changes included ditching plans for a 180sq m retail space, which would now hold the supermarket's office.

This meant the project would no longer have a mezzanine floor, reducing the building's height by 2m.

It had also committed to opening hours of 8am to 9pm and made design changes to make the part of the supermarket backing on to Church St more appealing.

Importantly, it also said large supply trucks would enter and exit the site only from Gordon Rd.

Countdown indicated it hoped to bring in an independent commissioner to hear its resource consent hearing as a way of bringing forward the meeting date, which was now set down for the beginning of June.

Ms Peters congratulated Countdown for the extra work it had done to ease residents' concerns, saying it would provide a ''significant'' boost to the chances of the project going ahead.

''The process has actually worked how it is supposed to work.''

''We've worked hard to put forward a plan for the Mosgiel site that will fit in with the local community and we are extremely pleased with the constructive engagement we have had with Positively Progressive Taieri to achieve this.

''Following a productive pre-hearing meeting with the community group yesterday, we have modified the store design to reflect the group's concerns ... and offered a range of consent conditions designed to reduce the impact of the development,'' she said.

Countdown remained ''committed'' to Mosgiel and optimistic about the project going ahead.