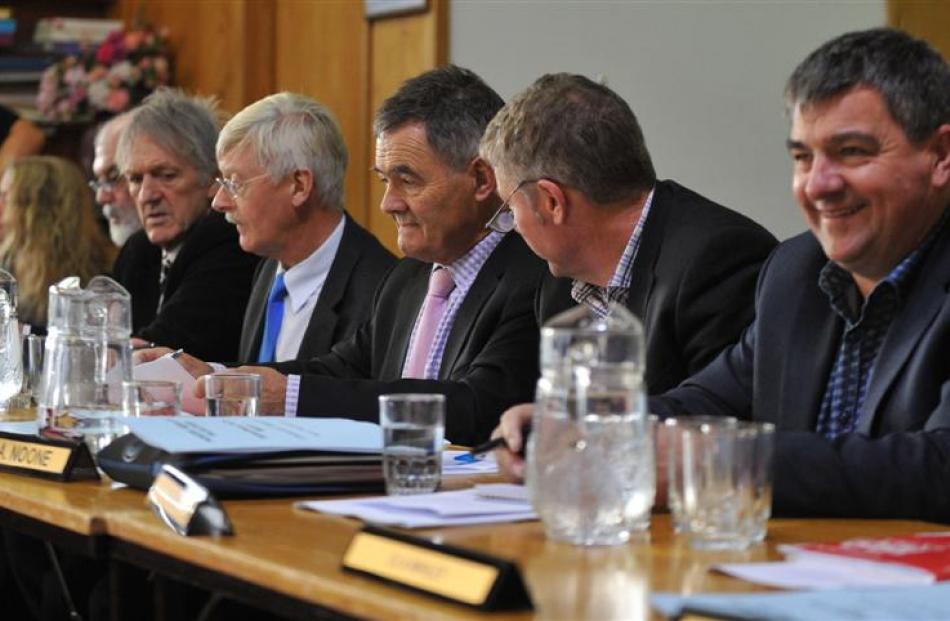 Mosgiel residents made an impassioned call for Dunedin City councillors to give a multimillion-dollar aquatic facility the ''green light'' sooner rather than later.

In recognition of the level of interest in a $15 million four-pool aquatic facility the council held part of yesterday's long-term plan hearings at Mosgiel's Salvation Army Hall.

Taieri Community Facilities Trust project manager Shaun Pont called on councillors to allocate $750,000 to the design phase of the new facility for the next financial year.

Providing that amount would show there was a ''a clear commitment from council that you want to see this happen'' and would provide a catalyst for community fundraising.

If the council allocated a smaller figure, the project - included as an unfunded item in the plan - would flounder for another year and little progress would be made.

Trust chairwoman Irene Mosley said the council needed to make the most of the ''huge'' amount of goodwill from the community and volunteers and ''green light'' the project now.

If the council waited, it would become more difficult to raise funds and the ''high-calibre'' people who had donated their time to the project would become frustrated.

''You have got to act while there is a passion out there,'' Ms Mosley said.

Responding to a question from Cr Richard Thomson about how the trust came up with the $7.5 million figure for the amount the community could raise for the project, Ms Mosley said it was provided by consultant Compton Fundraising.

''It's a carefully worked out science.''

Based on her experience raising funds for other community projects, she believed it could reach that figure.

''I have more proof that we can raise it than the naysayers have that we can't.''

Cr Lee Vandervis was one of a number of councillors to indicate the council's financial position meant it faced a difficult choice whether to fund the pool complex or other projects.

''A lot of people don't seem to realise that depending on how you look at it, it's either a $200 million hole in the DCC coffers or a $600 million hole.''

He asked the trust why the pool should be funded over the South Dunedin community complex, which would serve more people.

Trust and Mosgiel-Taieri Community Board member Martin Dillon replied, saying: ''That's why you're up front. That's your decision.''

Other submitters, including trust members and speakers from the community board, argued against having fewer than four pools - saying a four-pool complex, which included a hydrotherapy pool and a leisure pool, would be able to meet the needs of Mosgiel's different demographic groups.

A new pool complex would provide increased access to the successful ''swim to survive'' programme aimed at improving swim safety among Dunedin's children.

''We are now at the point where that programme is constrained by the lack of water space that we have here in the city.''

However, Sport Otago and Sport New Zealand believed, based on population trends, there was only a need for a two-pool complex, not a four-pool one.