Constables Olivia Winbush, on Jericho, Melissa Wallace, on Maotai, and Brittany Elliman, on Captain, were on hand to circulate among the crowds and chat about their passion for horses and the police force.

The championships took place at the Otago Taieri A&P Showgrounds on Saturday and yesterday.

There were 176 riders entered to compete on 272 horses over the course of the weekend, each hoping to safely navigate the course of jumps.

Const Winbush said the mounted officers would be attending several equestrian events over the summer. 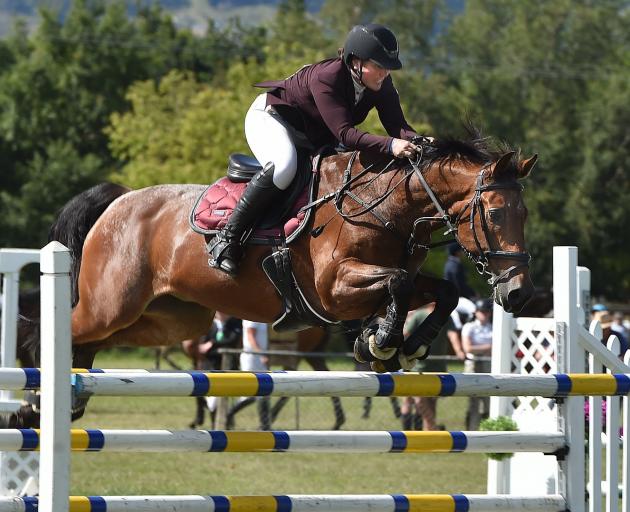 Tackling a jump at the Otago Show Jumping Championships on Saturday is Talia Allison riding Mustang Mochaccino.
The visits were intended as something of an unofficial community outreach programme, showing a different side of the police force to the public, she said.

The mounted officers had an unexpected treat themselves, meeting former head of the Dutch mounted police Rik van Miltenburg.

Mr van Miltenburg had been responsible for breaking in all the horses the Dutch police force used, and training officers about mounted police work.

On Saturday he rode a particularly large horse named Storm, a show-jumper that stood 18.2 hands tall (1.87m) at the shoulder.