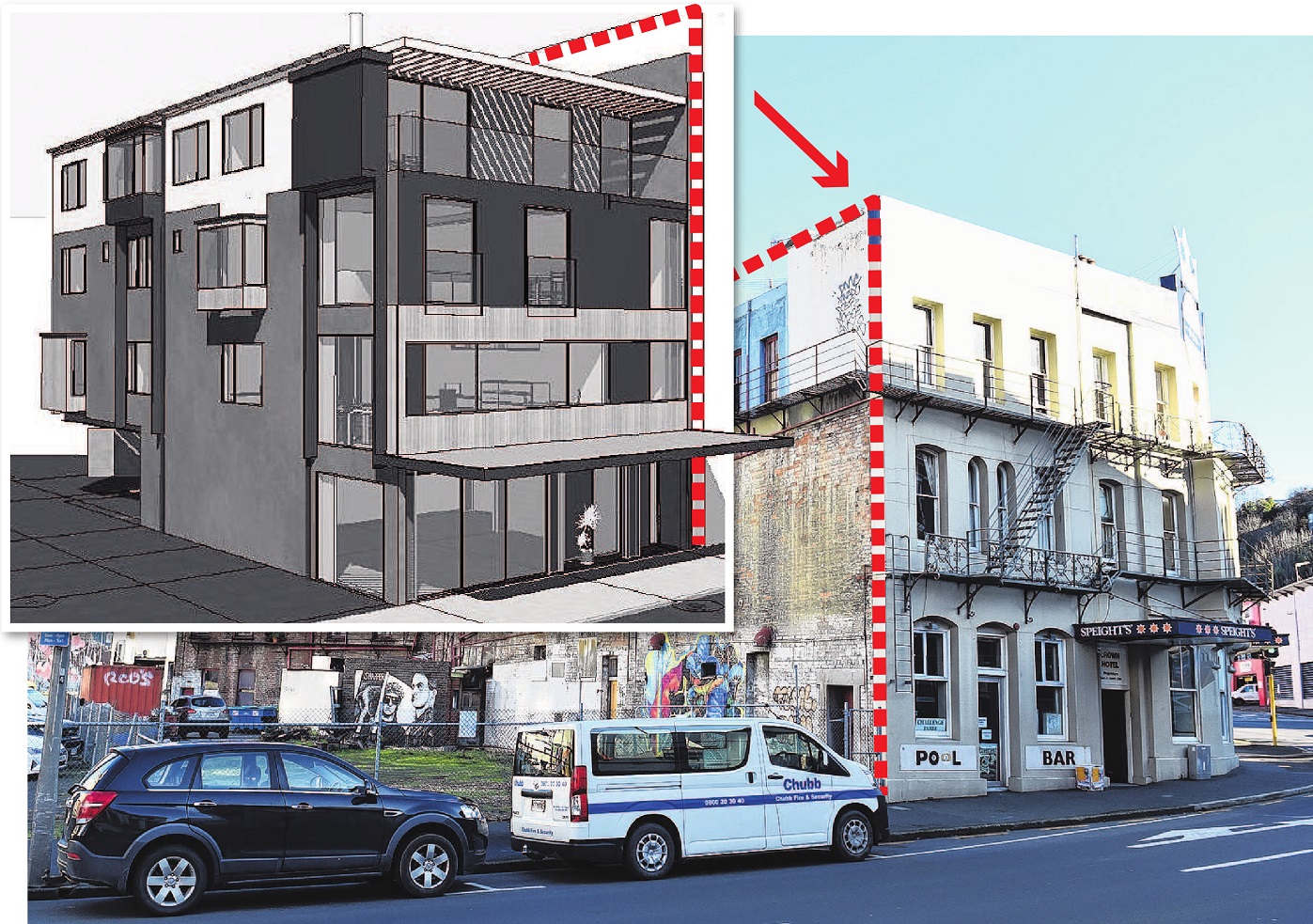 A new development is planned for a lower Rattray St lot that has stood vacant since 2014. IMAGE: ODT GRAPHIC
A new four-storey retail, office and apartment building is planned for a part of Dunedin’s city centre that has been neglected "for too long".

Anchorage Properties Ltd director Lincoln Darling said his planned multi-storey, mixed-use building in lower Rattray St was one of several projects he was aware of planned for the area experiencing increased demand.

"It has been neglected through economic factors for too long," Mr Darling said.

"There is now some impetus to develop for the demand occurring in the area."

Lower Rattray St was once the hub of Dunedin nightlife, but for about a decade has been more often considered merely a crumbling collection of buildings.

Mr Darling did not elaborate on what other plans he was aware of for the area in an emailed statement yesterday.

However, he did say he believed the mixture of residential, commercial and retail space in his planned building, "although relatively modest", would enhance the area and complement the Crown Hotel next door.

Demand was high from potential tenants for his project, he said.

And to date the timeframe for the project, due to well-known building supply issues, had been the development’s only headwind, he said.

The new building is planned for where Dunedin institution Dragon Cafe once stood.

The historic N. & E. S. Paterson Ltd and Barrons Buildings which stood on the site previously were demolished in 2014 after the roof collapsed three years earlier.

The lot has since remained vacant.

Resource consent was granted for the Anchorage Properties project in May.

Consent documents reveal the new building would have a total footprint of 173sqm.

The documents said a canopy above the ground-level space was also planned for entire length of the building in Rattray St, over the footpath.

There would be some on-site parking, but in order to provide access to the site, two Rattray St car parks would be lost, they said.