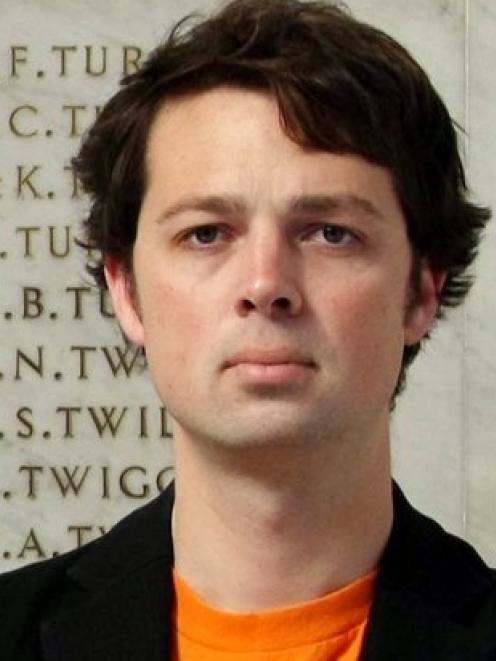 Chris Adams
This year's University of Otago Mozart Fellow, Christopher Adams, has been given another year to work on his musical compositions, the university announced yesterday.

The fellowship is one of the few opportunities nationally which enable people to compose without limitations.

Mr Adams said he was "incredibly excited" to be able to continue next year.

In addition to several works written and premiered this year, some of the pieces he has completed will be premiered next year.

These include Antonyms of Trust, a setting to a poem by Sam Mahon, and Jekyll Ratwill, to be performed by the New Zealand Trio.

The university has five arts fellowships, in composition, art, writing and dance.

She has had a long and fruitful career as a writer, having received numerous national and international awards and fellowships over the past 28 years.

Dunedin painter Kushana Bush will be the Frances Hodgkins Fellow.

Lyne Pringle, of Wellington, who has been a prolific performer, tutor and choreographer since 1979, has been awarded the six-month Caroline Plummer Fellowship in Community Dance.

Hot on the heels of his success at the 2010 NZ Post Book Awards for his children's book Old Hu-hu, Central Otago children's book writer Kyle Mewburn will be the College of Education Creative New Zealand Writer in Residence.

The residency is for six months.

Announcing the fellowships yesterday, vice-chancellor Prof Sir David Skegg said the university was proud to host such a talented group.

"Once again the standard of applicants was excellent and we are delighted with the recipients, all of whom are highly talented in their fields."