Multiple crashes due to icy roads in Dunedin 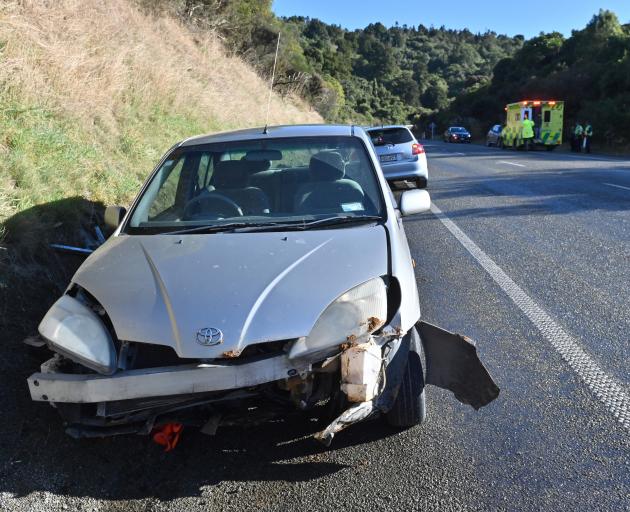 An ambulance attends the scene of two crashes on the Northern Motorway, Dunedin near the Pigeon Flat summit. Photo: Linda Robertson
No-one was seriously hurt in a series of car crashes, at least two of them in icy conditions, north of Dunedin early today.

Two cars went out of control and slid off the Northern Motorway, coming to rest, with frontal damage, against the bank beside the northbound lane, near the city side of the Pigeon Flat summit, emergency services said.

The separate crashes occurred about 9.10am and 9.15am, a police spokeswoman said.

One ambulance attended but no patients required transport to hospital, a St John Ambulance spokeswoman said.

Officials said contractors had been alerted to put grit on the motorway.

A third single-vehicle crash was also reported about 9.25am, further north, on the Kilmog, also apparently in slippery conditions, and no-one was seriously hurt, police said.