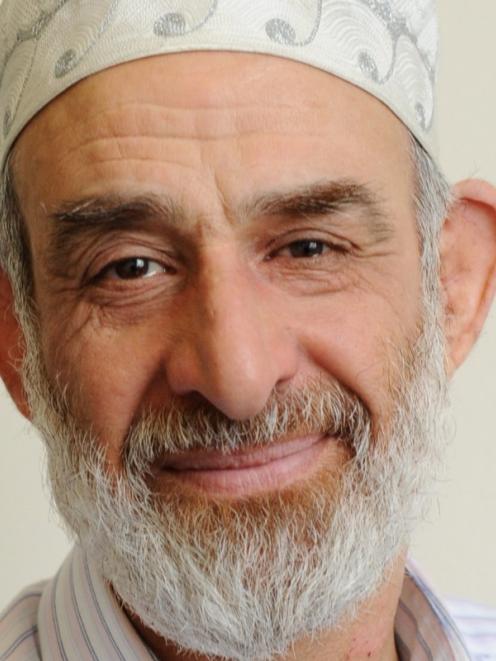 Mohammad Alayan.
Plans to establish a secondary boarding school for Muslim boys in South Dunedin have had another setback.

Al-Noor Charitable Trust chairman Dr Mohammad Alayan said his organisation had hoped to be selected as a Ministry of Education partnership school in the first round of funding grants, but was unsuccessful.

''When we applied last time, our education plan was scored low by the Ministry of Education.

''We did not have the best education plan, because we are not specialists in this field [creating applications].''

The trust planned to submit another application in the latest round with the help of an education consultant, but was unable to find a consultant to work on its application before the October 31 deadline.

He said the trust had been advertising for a consultant since mid-August.

''I have to say, it has been a challenging task to engage an education consultant with experience in this field.

''We did all that we can. But none was available in this timeframe.

''We could not put in another application that we did not believe was up to their [the ministry's] standard.''

Dr Alayan said the trust planned to establish the An-Nur Kiwi Academy (AKA) at the former St Patrick's Primary School in Melbourne St.

The $8million secondary boarding school for Muslim boys is expected to educate about 100 year 11-13 boys from across the country.

The facility was supposed to open last year but to date had struggled to gain the funding needed to operate.

''We definitely are determined, but I have to say, funding it is an issue for us.''

Dr Alayan was disappointed the academy had not yet been able to gain funding, but said the trust would continue to advertise for an education consultant to help with its application for the next round of Partnership Schools funding grants.

It was not yet known when the next round would be held.

A delegation from Kuwait visited the Melbourne St site in May and was impressed by the project, he said.

The delegation indicated it could pay to build a mosque, hostel and sports facilities on the site, but a requirement of its support was funding for operating costs. Dr Alayan said resource consent had been granted for the site to be used for an education facility.

Two classrooms on the premises were already being used as an early childhood education service for about 30 children from the Dunedin Muslim community.

Dr Alayan said the trust wanted to establish AKA in Dunedin because it believed Muslim children attending state secular schools were subjected to an educational environment that pressured them to adopt values that contradicted Islamic values, such as the evolution theory, sexual relations outside marriage and drinking alcohol.

The academy aimed to provide high-quality education with an emphasis on Islamic values.

The New Zealand national curriculum would be taught by about 15 to 20 staff, including qualified Islamic studies teachers and Arabic language teachers.