Dunedin activists will work to drum up national interest when it comes to demonstrations against OMV drilling off the Otago coast, an Extinction Rebellion group member says.

The group and members of other organisations held a meeting on Tuesday night on how best to demonstrate against the company's plan to drill an oil exploration well this summer.

''We're looking at working with Greenpeace, to get some national actions based on what's been happening, and to organise some opposition nationally,'' spokeswoman Jen Olsen said.

The Oil Free Otago and other Oil Free groups, and the Coal Action Network would be among those involved, she said.

It was still not known when OMV would begin drilling off Otago.

''The marine consent application for these activities is currently with the Environmental Protection Authority-appointed decision-making committee.

''If all the necessary approvals are gained, OMV plans to use the same rig contracted to do other work for the company in Taranaki.

''OMV is still working towards a December 2019 commencement date for the Taranaki exploration and appraisal campaign with the COSLProspector rig.

An ERA spokeswoman confirmed OMV would need a marine consent, a marine discharge and approval for an emergency spill response plan, in addition to the consent it already had to discharge trace amounts of harmful substances from a mobile offshore drilling unit, which was granted in September.

''The decisions will be made public,'' she said.

''It is difficult to put a timeframe on how long the applications and approvals process will take.

''If the necessary approvals are granted, it would then be up to OMV GSB when the programme in the Great South Basin would begin.''

Greenpeace climate campaigner Amanda Larsson said it was ''inspiring to see the strength of the climate movement growing across Aotearoa, with groups including Extinction Rebellion and Oil Free Otago mobilising to resist OMV''.

''We often join forces with these groups and support one another in our quest to save our climate from fossil fuel destruction.

''Greenpeace has made no secret of the fact we oppose OMV's oil drilling programme here, or our intention to resist them for as long as it takes for them to leave New Zealand for good.'' 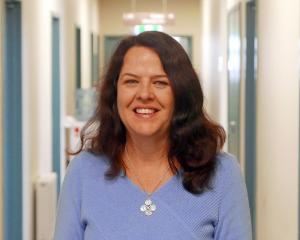