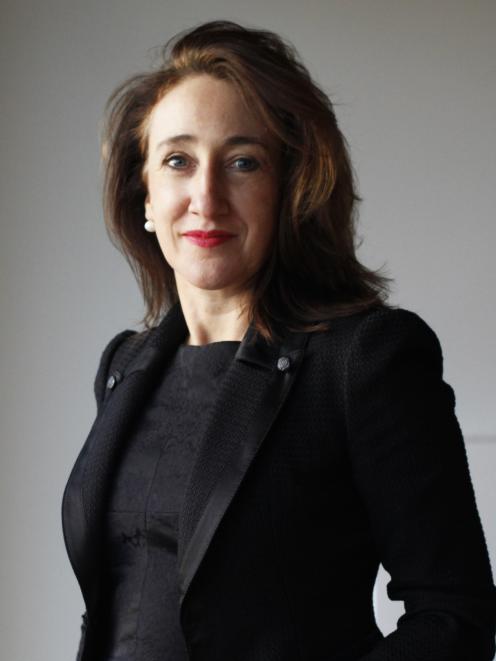 As ambassador, Ms Coombs is also permanent representative to the OECD and has accreditations to the Principality of Monaco, Portugal and Senegal.

She will take over from current ambassador James Kember at the end of August.

Ms Coombs credits her career to ``an excellent Dunedin education'' and an expansive horizon, to the influence of her parents and teachers.

The daughter of the late University of Otago emeritus professor of geology, Douglas Coombs, and his wife Anne, Ms Coombs accompanied her father on sabbaticals to the United States and Switzerland when she was young.

That meant the world did not seem far away, ``even to a girl growing up in Dunedin'', she said yesterday.

Her father's extensive travels also meant the family's Dunedin home had ``a succession of international visitors''.

In Dunedin yesterday Mrs Coombs said she was ``delighted'' at her daughter's latest appointment, even though it took her so far from home.

Educated at Maori Hill Primary School and Balmacewen Intermediate, Ms Coombs then went to St Hilda's Collegiate School and the University of Otago, where she completed half of a medical degree before deciding to change paths.

She graduated with an MA with first class honours in English from Auckland University in 1986.

In her early 20s, she was ``catapulted'' to the United Nations, where she represented New Zealand, working on international human rights issues in an environment where she thought she could make a difference and support New Zealand's interests.

Ms Coombs believes she was lucky to go to a secondary school that encouraged its girls to think ``we could do whatever we set our minds to.

``Looking back I realise our principal, Margaret Mayhew, was ahead of her time''.

Her other inspiration was New Zealand and she felt ``lucky to have a deep grounding in my home country through my own upbringing''.

``For all my parents' international horizons, they were also firmly rooted in New Zealand, and my father, particularly so, in Dunedin.''

Then there was ``France and French'', which had been a lifelong interest.

Her mother was an excellent French speaker, who came to Dunedin in 1954 as an assistant lecturer in the department of modern languages.

While at St Hilda's, Ms Coombs studied French under Cilla McQueen - ``an outstanding French teacher'' - and competed in the annual Alliance Francaise competitions, regularly coming either first or second.

Later, she visited France several times with her own family, and put her son, Connor, into a French basketball camp in Bordeaux one summer.

During her time as ambassador, she will be accompanied by her husband, Tim Strong, a jazz singer and actor, whom she met on her first diplomatic posting, to New York in the early 1990s.

``I am very much looking forward to representing New Zealand in France at this time when there is so much uncertainty about the direction of Europe,'' she said.