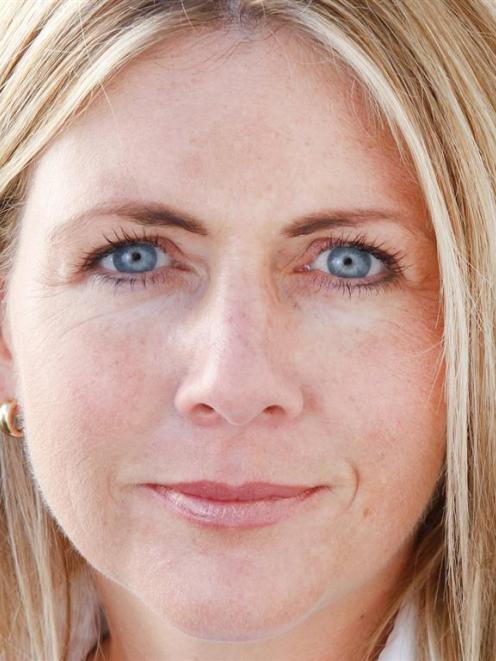 Ruth Stokes.
The companies responsible for keeping South Dunedin's mud tanks clean, and stamping new markings on the city's cycleways, are set to lose $15 million worth of contracts with the Dunedin City Council.

The decisions were confirmed yesterday, as it was also announced City Care - a Christchurch City Council-owned company already working in Dunedin - would clean all 1500 mud tanks in South Dunedin over the next month.

The announcements were made by DCC infrastructure and networks general manager Ruth Stokes, although she insisted none of the decisions was a criticism of the performance of the council's existing contractors.

Fulton Hogan was paid about $13million a year for three-year urban and rural maintenance contracts, including mud tank cleaning and maintenance, which were up for renewal on June 30, she said.

The council had the option of extending the contracts by a further two years, but had decided not to do so and would instead re-tender the work, she said.

The council had also decided against renewing its existing contract with Downer, which held a three-year, $2.1million contract for markings and signage that was also up for renewal on June 30.

Both companies had been in the spotlight in the past year, but Ms Stokes said any perceived performance issues were not behind the latest decisions.

The council and Fulton Hogan were accused of inadequate mud tank maintenance in South Dunedin, which was blamed for contributing to flooding problems last June - a charge the council has denied.

Downer was also heavily criticised last month for the botched roll-out of new cycleway symbols across the central city, which some critics said resembled "a primary school project''.

At the time, Mrs Stokes agreed, saying she was "pretty appalled'' by the quality of the work by Downer.

"On first glance, you could be forgiven for thinking it was an amateur with a homemade stencil and some fence paint ... We're trying to improve the look of the city, not deteriorate it,'' she said.

"We think we can get greater efficiencies out of amalgamating the management of the whole environment, and we also think there's potential opportunities for smaller players in terms of how we bundle it up.

"Obviously there is performance requirements in the contract, but the decision to renew or not doesn't rely on the performance or otherwise.

"In this situation we've got a number of factors ... we've decided the time works for us to take that opportunity.''

City Care had been called in to clean every mud tank in South Dunedin, to provide "added confidence'' to residents ahead of winter, she said.

However, the work was also about gathering information on the state of the mud tank network, which was needed ahead of the re-tendering of the contracts, she said.

She denied it was a criticism of Fulton Hogan's work, or that it had been prompted by the imminent release of a significant report detailing the performance of South Dunedin's mud tanks, expected next month.

"This is about making sure that the infrastructure is operating as well as it can be.''

The work was "over and above'' what Fulton Hogan was required to do, and the company did not have the capacity to do the work at "reasonably short notice'', she said.

"It's a much bigger piece of work, and it's outside of, and over and above, what we require of Fulton Hogan.''

City Care would be paid $90,000 to carry out the project, from within existing council transportation budgets, with landfill costs on top, Mrs Stokes said.

Fulton Hogan regional manager Grant Sime would only say the council's decision to call in City Care was for "additional services'' that were "outside of Fulton Hogan's existing contract''.

"I think it's a good sign and it will be a huge relief for a lot of people out here to see they are going to do a full clean.''

However, she remained concerned contractual requirements set for Fulton Hogan were not adequate, and did not accept the council's reasons for not renewing the existing contracts.

"I do believe the council has an obligation to be fully transparent with the public.''