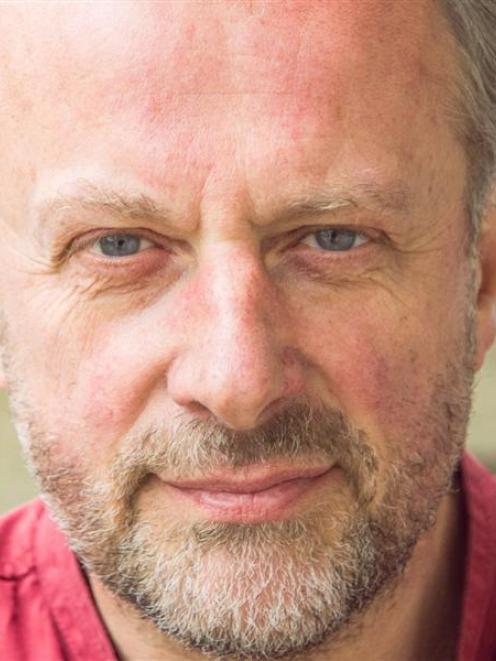 Cr Vandervis is facing a code of conduct committee hearing on Monday over two separate complaints.

Cr Chris Staynes and Cr Richard Thomson, in a joint complaint, accused him of ''deliberately'' misleading a council subcommittee over the scope of the Citifleet investigation and of acting aggressively at the same meeting.

In a separate complaint, Cr Kate Wilson says he breached the code by being ''abusive and aggressive'' during a conversation with council staff.

Cr Vandervis told the Otago Daily Times he was yet to decide whether to turn up to the meeting because Cr Wilson's complaint lacked evidence.

That Cr Wilson's complaint contained no reference to him swearing backed up his view Mayor Dave Cull had not been told he swore during the incident with council staff.

''I suspect that Mayor Cull has simply again invented something.''

He said Mr Cull had ''flatly'' refused to say where the allegation of swearing had come from when Mr Cull was asked by email to either ''put up'' or ''apologise''.

He also rejected the allegation he misled councillors about the police's Citifleet investigation.

Both Mr Cull and Cr Wilson declined to comment ahead of the meeting.

The emails were included to support their accusation Cr Vandervis ''deliberately misled'' the audit and risk subcommittee in December last year.

The two councillors say Cr Vandervis told the subcommittee police were only investigating the 152 missing vehicles, despite his being forwarded correspondence from Insp Guthrie saying otherwise.

''Our concern is that Cr Vandervis, having received this information ... proceeded to make statements ... in the full knowledge that what he was conveying to the meeting was untrue.''

New details of the police investigation revealed in the emails include that police only widened their investigation beyond the 152 missing vehicles in November after Dr Bidrose met Insp Guthrie.

Dr Bidrose organised the meeting after Cr Vandervis expressed concern in an email over the investigation's scope after speaking to Detective Matthew Preece.

After the meeting, Insp Guthrie emailed Dr Bidrose, telling her the investigation had been widened and saying the Deloitte report into the alleged fraud also highlighted fleet card spending, the purchase of a motorbike using council funds, the withdrawal of cash to refill parking machines and unauthorised use of car accessories as ''potentially requiring criminal investigation''.

Cr Staynes and Cr Thomson also made a complaint over Cr Vandervis' conduct during a second incident at the meeting, saying he expressed his disappointment at a decision made by audit and risk subcommittee independent chairwoman Susie Johnstone in an ''aggressive and disrespectful manner which we found abusive and offensive''.

The complaint says Cr Vandervis was disappointed Ms Johnstone ruled a paper on the council's financial strategy was included on the agenda for noting and not for discussion.

''He was visibly angry and spoke in a loud and menacing way while standing. Immediately following the outburst, Cr Vandervis left the room,'' Cr Staynes and Cr Thomson said.

In Cr Wilson's complaint, details of which had already been revealed, she objects to ''abusive and aggressive behaviour'' she witnessed while Cr Vandervis was in a discussion with Dr Bidrose in a Municipal Chambers hallway early last month.

''`I was sufficiently concerned when the discussion ended to follow Sue to check that she was OK.''

Cr Vandervis said he based his comments at the subcommittee on a meeting he had with Det Preece, who told him on November 11 the investigation was limited to the missing cars.

He believed Det Preece's information took precedence over the later email from Insp Guthrie saying the investigation had been expanded.

The second part of Cr Staynes and Cr Richard Thomson's complaint, like Cr Wilson's, was not backed up by evidence, he said.

''It comes down to yet another case of they don't like my tone. Well, quite frankly, I don't like their tone either.''

The punishments Cr Vandervis faces if he is found to have breached of the code of conduct include a censure, being asked to write an ''appropriate apology'' and being suspended from council committees.

Insp Guthrie said in a statement yesterday the ''investigation into the DCC fraud is active and still in progress''.

''Police will be in a position to comment further once the investigation is completed.''