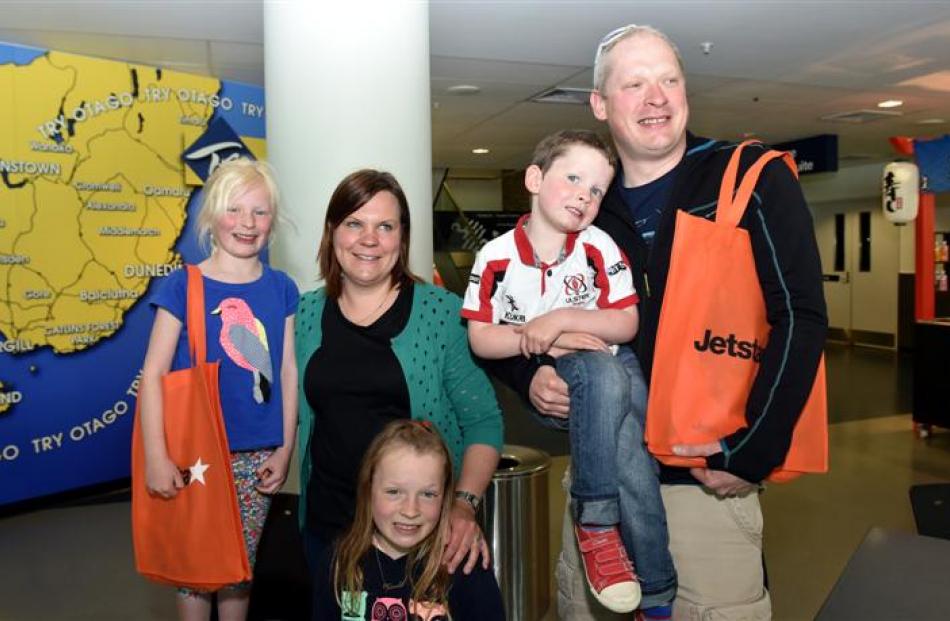 Louise and Andrew James and children (from left) Hannah (6), Lucy (8) and Connor (4) get ready to leave on the new service. PHOTOS: GREGOR RICHARDSON 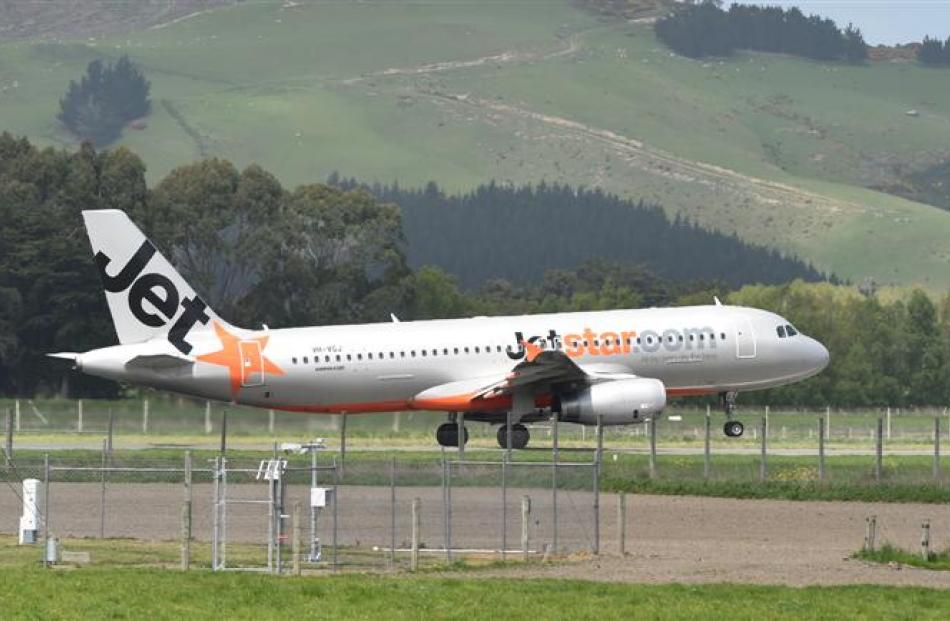 A Jetstar Airbus A320 leaves Dunedin Airport for Wellington, a service the airline has introduced.

The airline's 180-seat Airbus A320 landed early afternoon to a welcoming arc of spray from two of the airport's fire trucks.

It is the second airline to add flights to and from the city. Kiwi Regional Airlines began its services on Tuesday.

Jetstar head of New Zealand Grant Kerr said the service was a response to requests for choice from businesses and communities, including students and their families keen to fly between the two cities. He described bookings on the service as ''very strong''.

He said 150 were on the flight from Dunedin, which left shortly after 1pm.

On the sustainability of the service, Mr Kerr said when the airline entered a market, it tended to stimulate growthin those markets.

''I believe we will get support.''

Dunedin Airport chief executive Richard Roberts said yesterday was the first time in more than 15 years a second airline was flying between the two cities.

He was sure that would also happen between Wellington and Dunedin. Dunedin's Andrew and Louise James and their three children were getting ready to board the flight to Wellington for a holiday.

Ms James said their flight choice had been made on price.

Return flights will run three times a week, on Wednesdays, Fridays and Sundays.