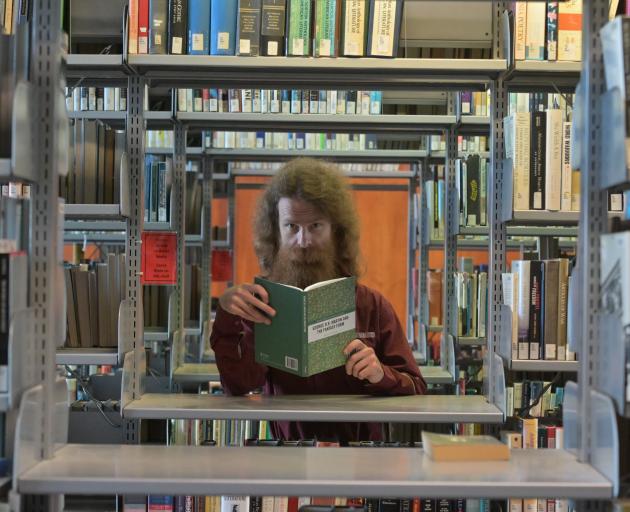 The soaring popularity of the fantasy television show Game of Thrones led Dunedin-based fantasy literature academic Dr Joseph Young to write a book about the work of George R.R. Martin and his fantasy series A Song of Ice and Fire, on which the show is based. PHOTO: LINDA ROBERTSON
The final season of the fantasy epic Game of Thrones may have left more than a few fans wanting more - but one fantasy academic believes it could have been wrapped up three seasons earlier.

Dunedin-based fantasy literature academic Dr Joseph Young has just published a study of the work of George R.R. Martin and his fantasy series A Song of Ice and Fire, on which the television show is based.

Dr Young, who has a doctorate in modern fantasy literature, said the common understanding of Martin's work was that it defied the conventions of the fantasy genre.

But his monograph George R.R. Martin and the Fantasy Form argues it is the author's following of the rules that made his writing so enthralling, he said.

"It doesn't derive its effects from the fact it is breaking any rules; rather, it's following all the rules at once in a very clever way. It's a very canny, put-together example of the fantasy form put to action.''

Despite the television show's global success, many fans felt the final season was rushed and lacked the quality of the earlier seasons.

Dr Young has a different perspective.

"My take on that was the last three seasons were terribly slow.

"The last pieces fall into place in episode 48 or 49, so you got 25 episodes where nothing really happens, so that means those effects built up in the first 49 episodes have degraded considerably.''

So far the book has received positive reviews in academic circles but given the success of Game of Thrones, Dr Young said he would not be surprised if it was of interest to some of Martin's millions of fans.

"It was written with an eye to be user-friendly for the uninitiated reader.''

Literature (linear) and film/TV are not congruent. Different spaces.