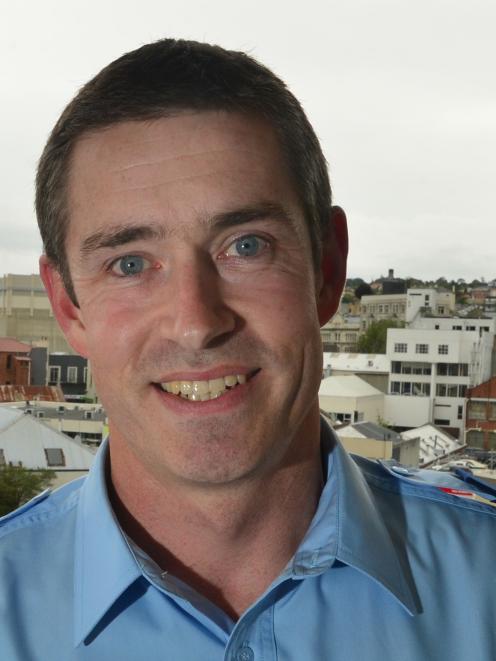 Superintendent Andrew Coster (38) has been in the top job for just over a week, and conceded he had spent a lot of time out of his Dunedin-based office as he met staff and toured the district.

And his aspiration for the district?

''The vision I am describing to staff, and I think it is a worthy one, there is every reason why this district should be the safest place to live and visit in the world.

''New Zealand is consistently near the top of the safest places to live and [the Southern District] has everything going for it, a place where people are safe and feel safe.''

Southern presented different challenges in that the police district covered about a quarter of the country's land mass.

''While the volume here won't compare to some of the busy metros, we are dealing with a real spread and we need to maintain a high level of service delivery across a large area.''

He was impressed with the district's recent successes in crime and crash reduction which were ''hugely encouraging''.

During his visits to police stations, he was reminding staff of the national police objective to prevent crime, while ''victims would be at the centre of what we do''.

Asked whether police restructuring around the district had ended, he replied ''we are in an always changing environment, so for me change is a constant''.

''It is easy to get bound up in a conversation about a building, for example, and lose sight of the fact police deliver service by being out in the community dealing with issues.''

Supt Coster joined the police at the age of 21 and later worked as a detective in Counties Manukau, where he began studying for a law degree.

In 2004, he worked for the Crown Solicitor's office in Auckland, but returned to the police because he enjoyed a more hands-on public service role.

Asked for a career highlight, he singled out his police graduation, and an AOS operation where an armed stand-off involving a wheelchair-bound man inside a bank was resolved safely earlier this year.

Supt Coster, the youngest district commander in the country, would not be drawn on his future career path but said ''people can occupy roles for too long and it becomes a point where a fresh set of eyes are healthy''.

His young family would join him in Dunedin once the school year was finished.

Born in Dunedin but raised elsewhere, he said he had retained a special connection with the city, and was unequivocal when asked if he would support the the Highlanders or the Blues.