Ashley Day is the interim warden of Selwyn College. Photo by Christine O'Connor.
A new Selwyn College warden has been appointed to bring the Dunedin residential college into the ''21st century'' after the sudden departure of its previous warden. 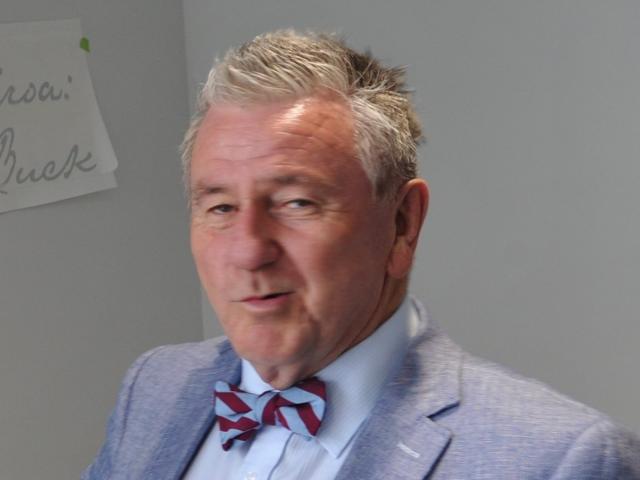 Ashley Day.
Selwyn College board of governors chairman Aaron Douglas said the Anglican-run institution, which is the city's oldest residential college, had also reached out to the University of Otago which was conducting a ''thorough audit'' of its operations.

It had appointed Ashley Day, who has about 20 years' experience running university residential colleges, as interim warden to help with the transition.

This followed the sudden departure of previous warden James Lovelock only weeks after his appointment was announced in November last year.

The audit and Mr Day's appointment were intended to make sure the college was run in a way which reflected ''21st-century realities'' and complied with health and safety regulations.

This included rules and regulations around student drinking, which was an important issue at all residential colleges.

Despite acknowledging the college had fallen behind, he said there had been no instances where the safety of the students had been put at risk.

Instead it was about making sure it met ''best practice'' guidelines in all areas of college life.

It planned to continue to have a closer relationship with the university, saying it would be ''foolish'' not to tap in to the university's expertise from running 10 of the city's 15 residential colleges.

Mr Douglas would not go in to detail about why Mr Lovelock resigned, citing privacy reasons, but a press release issued in December said it was ''due to a combination of matters and circumstances, some of which relate to aspects that will be required of the warden's role leading the college forward.''

Mr Day has stepped in to the warden role after retiring as warden of Te Rangi Hiroa College at the end of last year and is expected to run Selwyn until Easter.

In an exit interview with the Otago Bulletin Board, he said ''standards should be high and uncompromised'' at colleges.

''First-year students out of school have to have firm boundaries.

''They can have fun but must realise that no-one has the right to unduly disturb the home for all the other residents.

''I suppose I may have been considered hard by some colleagues over the years, but my colleges were all a pleasure to be in and were enjoyable, civilised communities to live in,'' he said.

'We are now searching for a body'