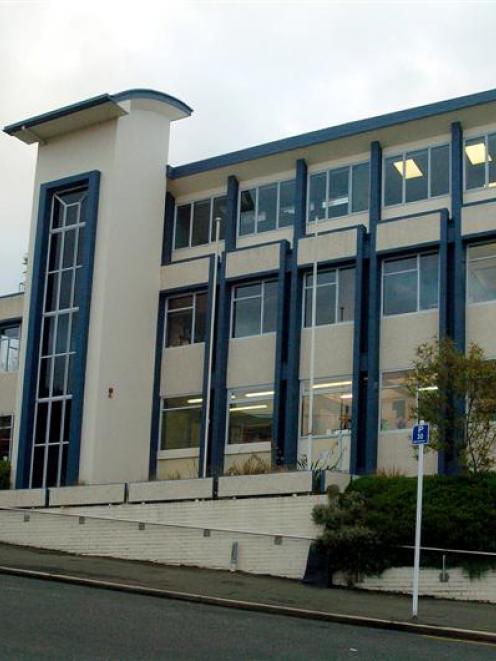 The council's decision to seek new facilities in 2006 had been driven by the need for more space as the organisation grew.

Assessments when the council employed 92 staff showed that the 2200sq m Stafford St building was 14% over-occupied.

In June last year, the council employed about 127 people.

However, in 2009 the council decided not to continue with its proposal to purpose build an office block at the Steamer Basin even though it had spent $6.8 million over four years on the project, including the purchase of a site and design of the building. Instead, it decided to start the process again.

Council corporate director Wayne Scott said staff were significantly constrained by the Stafford St site and it had come to a point where the council needed to look for other "temporary ways to accommodate the squash".

The council was reluctant to go off-site for the extra space but the premises had been extended and re-developed already.

Chairman Stephen Woodhead said there was $150,000 in the 2011-12 draft annual plan for discussions on the building issues but that had yet to be approved by the council.

Whatever the outcome, it would still be two or three years before a solution was found, he said.

There was no funding in the council's long-term council community plan for a new facility, so it would have to amended through a public consultation process whatever decision was made.

"We are facing a significant challenge between now and then."

The Stafford St building needed maintenance including painting and electrical work and staff were finding it increasingly difficult to do their jobs efficiently.

"There is the ongoing challenge of groups trying to work together which has probably got worse if anything."

After the annual plan was confirmed next month, it was expected chief executive Graeme Martin would present a paper to the council looking at such issues.

"That will help us make the decisions we need to make going forward," Mr Woodhead said.