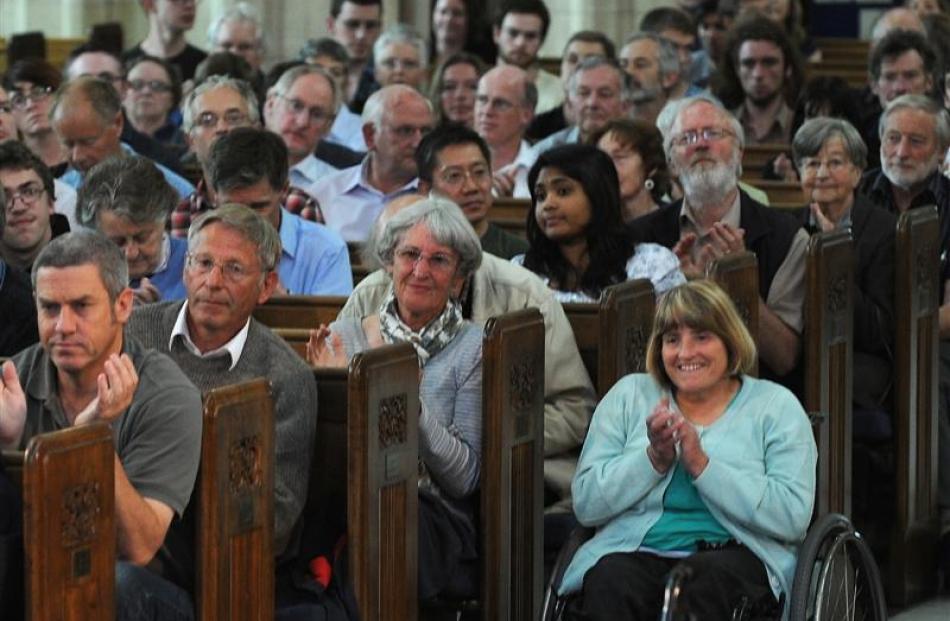 The audience at a debate on asset sales at St Paul's Cathedral in Dunedin last night. Photos by Peter McIntosh. 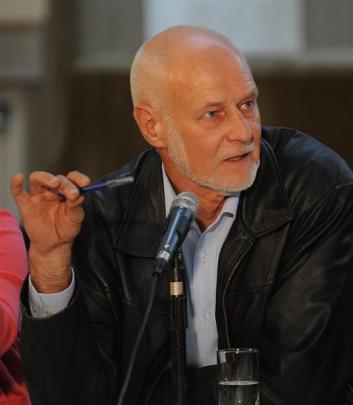 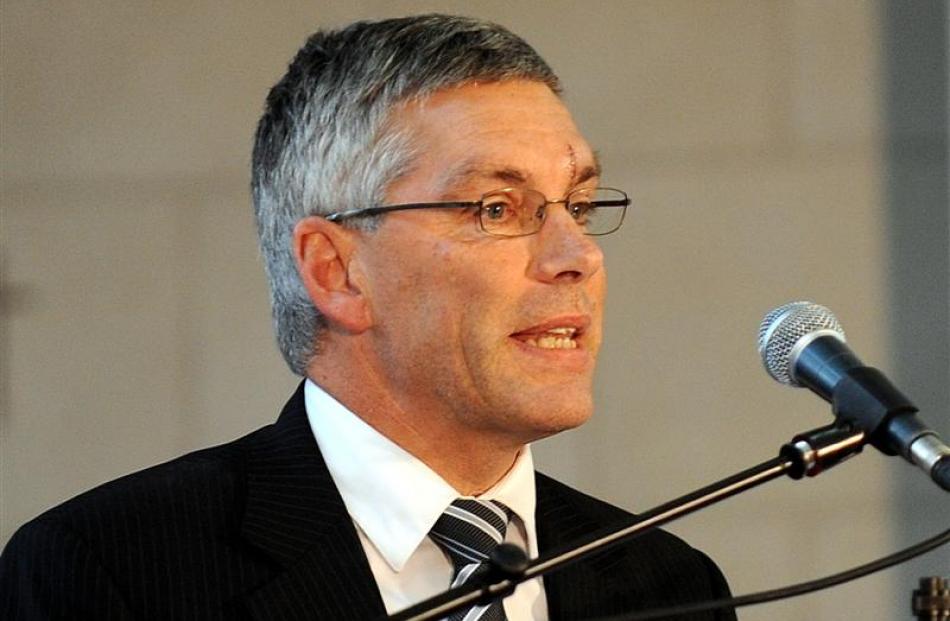 About six members of an audience of more than 200 at St Paul's Cathedral yesterday evening approved of the idea of government asset sales before a debate on the subject.

Only four, including National Waitaki MP Jacqui Dean, who was a panel member in the debate, supported them by the end.

But despite the one-sided nature of the affair, both sides of the argument came through.

The evening was advertised as "informed, provocative debate" on the question: "If you were Prime Minister, would you sell New Zealand's assets?"

Hosted by the University of Otago Centre for Theology and Public Issues, and the cathedral, it involved four "witnesses" giving their views.

He argued having the Government owning and being in charge of 51% of assets that were partially sold, and private enterprise 49%, would give that result.

The privatisation of railways had been a "disaster", but the Air New Zealand model, where the Government owned most of the asset, had worked well.

Presbyterian Support Otago chief executive Gillian Bremner said the sale of state forests meant forests like Naseby, which used to be open to the public, were no longer, showing the public lost more than just the ownership of a company.

University of Otago politics professor Robert Patman argued there was a new international civil society, which would place more scrutiny on "crony capitalism".

He borrowed the catch-cry of the Occupy movement, saying the "99%" would eventually get sick of such policies.

The six-member panel included former Labour MP Pete Hodgson, who said the 49% owners of assets had rights, meaning the Government would no longer fully control its assets.

Mrs Dean responded the Government needed the money for schools and hospitals.

Borrowing money would become more expensive and leave New Zealand open to an economic situation like that of Greece or Ireland.

Other panel members were political columnist and commentator Chris Trotter, Prof Paul Hansen, of the University of Otago Department of Economics; and Green Party co-leaderMetiria Turei.