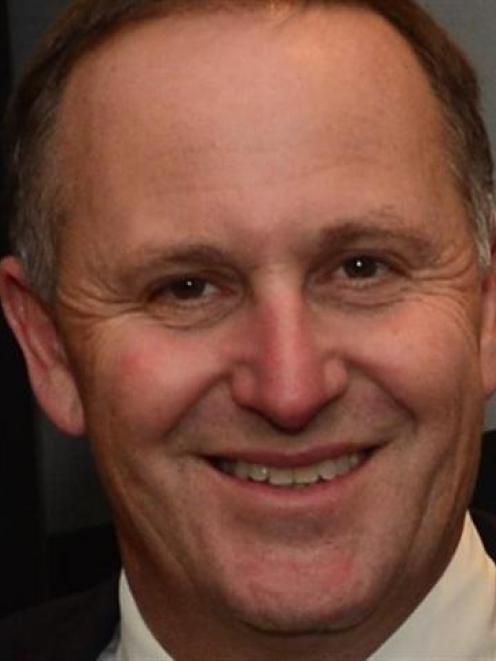 John Key.
Prime Minister John Key says the result of next month's referendum on asset sales will be interesting but won't halt the sale of half stakes in state-owned power companies and Air New Zealand.

But most New Zealanders either think citizens-initiated referendums are worthwhile or should even be binding on the Government, a new Herald-DigiPoll survey suggests.

Mr Key yesterday confirmed the referendum over asset sales will take place by postal ballot, between November 22 and December 13.

The referendum is required under law after the Labour and Greens-led Keep Our Assets coalition secured 327,224 signatures in a petition this year.

It will ask whether New Zealanders support the Government's sale of up to 49 per cent of Meridian, Mighty River Power, Genesis Power, Solid Energy and Air New Zealand, but will not be binding on the Government even if it demonstrates widespread opposition to the asset sales.

The Government has already sold 49 per cent of Mighty River, its offer for Meridian opened yesterday and Mr Key has ruled out halting the process whatever the outcome.

"It will be interesting to see what the results look like. We'll be putting them next to the million people that voted for us and for this policy in the last election."

Mr Key said former Labour leader Phil Goff said the last election was a referendum on asset sales, "and we got the biggest result in National's history so I think we've had that referendum, but the law's quite clear, it demands that we hold it".

He questioned why his Government would respond for calls to abide by the result, "because the Greens, when the referendum was held on anti-smacking, were deeply opposed to a change in the policy".

But Greens co-leader Metiria Turei said next month's referendum was the first to be held during the time the policy it dealt with was under way. "I believe he is obliged through a commitment to democracy to cease the asset sales until the referendum is held."

A Herald-DigiPoll survey held last month found strong support for making citizens-initiated referendums binding on the Government, with 44.3 per cent of the 750 respondents in favour of binding referendums.

Labour leader David Cunliffe dismissed suggestions that it was a waste of money given the Government "has already given $124 million to the ticket-clippers like investment banks and law firms", during the asset sales process so far.

"National also thinks nothing of spending $30 million to push the Tiwai closure out to the 2017 election."

Mr Cunliffe said the timing of the referendum was cynical.

"He wants the referendum buried before summer beer and barbecues washes it away.

"We expect voters to send the Government a powerful message about its partial privatisation programme. The result will kick the last leg out of John Key's moral authority to sell public assets."