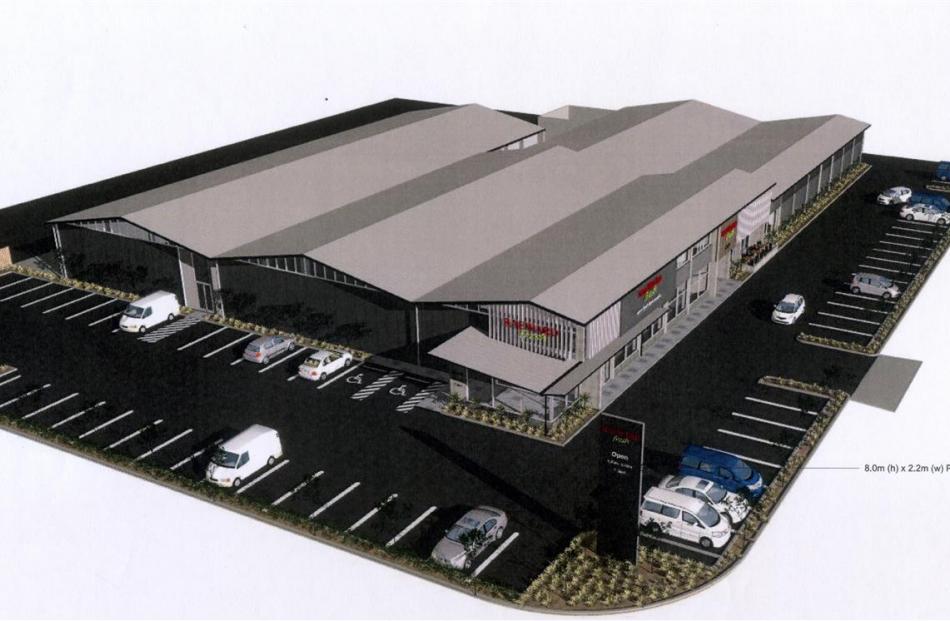 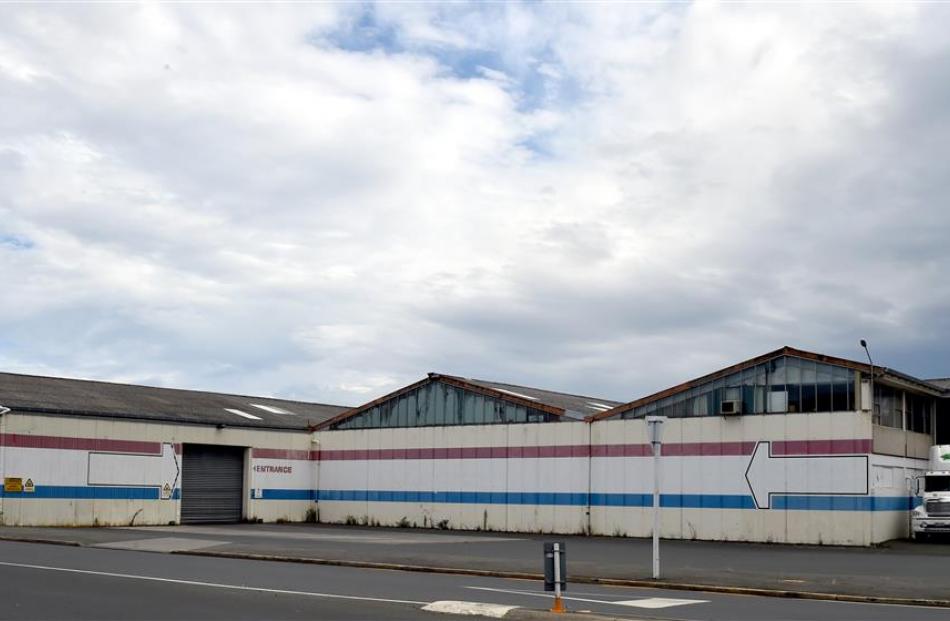 The site of the proposed supermarket. Photo by Gregor Richardson.

A new produce-based indoor market and cafe could bring nearly $4 million in construction spending and up to 40 new jobs to Dunedin, proponents say.

Mr Sycamore's earlier council planning report on the proposal recommended the development not go ahead because the retail activity was "contrary to the key objectives'' of the Midland St site's industrial zoning.

That meant it could detract from the city's existing retail areas and undermine "the strategy and integrity of the district plan''.

The store would not work in the city centre as its warehouse, wholesale and delivery operations were "not complementary of a high-quality town centre design'', while the cafe would probably appeal to the hundreds of nearby workers from the industrial area.

The store would be housed in an existing, dilapidated 49-year old industrial building, which would require "substantial renovation'', including engineering work and the removal of the asbestos roof, Ms Parish said.

"This is a significant investment of some $2 million to $4 million into a brownfield site, and a building that in reality is past its economic life.''

Speaking later, Ms Parish said the most recent indications were construction costs would be much closer to the $4 million expectation than $2 million.

Once open, the store was expected to employ up to 40 people with a mix of 15 full-time and 25 part-time staff.

It would include 60 off-street customer car parks and 10 off-street staff car parks. Bicycle parking would also be provided.

Foodstuffs' legal submission from solicitor Chris Fowler said the proposal's negative effects were "so minimal that they did not even trigger the notification provisions of the RMA [Resource Management Act]''.

That sent "a powerful signal'' about the appropriateness of the store going ahead in the zone proposed, he said.

Foodstuffs's contracted planner, Mark Allan, said the application should be seen as a whole, in that an "underutilised building'' would be reused and its economic life prolonged, jobs would be created and the area's "visual appearance'' improved.

At the meeting's conclusion, Mr Sycamore delivered his response to Foodstuffs' submissions, saying there was "no doubt'' the proposal would create employment and bring other benefits to Dunedin.

However, the proposal did "not sit alongside the objectives and policies'' in either the existing or second-generation Dunedin district plans.

"In my opinion, it is contrary to the key objectives and policies and may create a perceived undesirable precedent. As such, I continue to recommend the consent be declined.''

Foodstuffs will produce a written response to Mr Sycamore's recommendation next month.

All recommendations will be considered by the hearings committee, which will then decide if the proposal should go ahead.

• 203sq m cafeUp to $4million in construction and renovation work

• More than 80% of sales expected to come from produce and butchery, compared with 20% of sales at Dunedin Pak'n Save 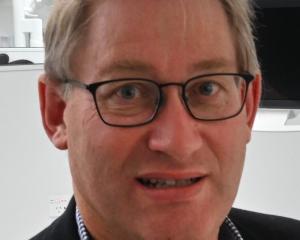