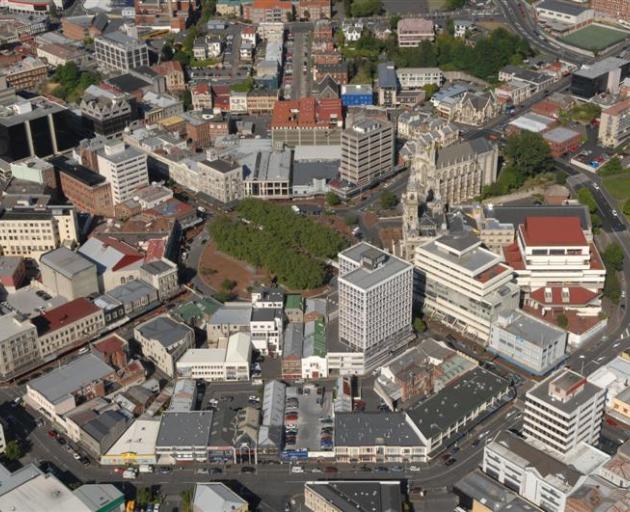 Streets surrounding the Octagon in Dunedin are among the most violent crime hot spots in the country, statistics suggest.

So, too, are parts of Queenstown.

• Are you a victim of street violence? Do you want to tell your story? Send us an email

This is the first time statistics detailing this information have been collated. 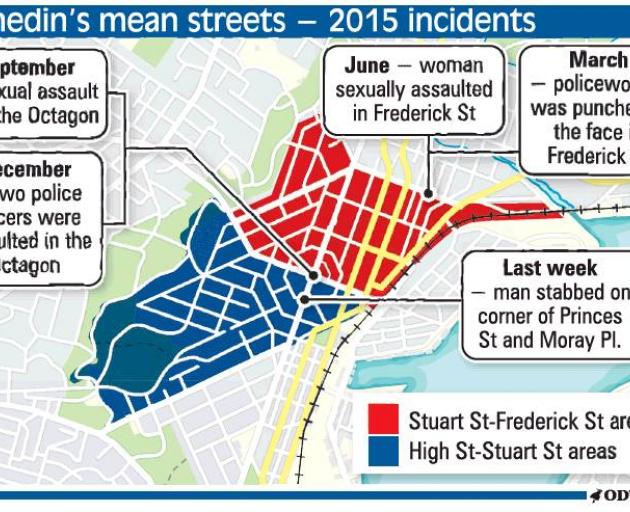 On June 7 last year a 21-year-old woman was sexually assaulted by a man in Frederick St, while on September 8 police investigated a sexual assault near the Octagon, which landed the victim in hospital.

A policewoman was punched in the face several times by an 18-year-old man in Frederick St in March and two police officers were assaulted in the Octagon in December while trying to arrest a 19-year-old man.

Last week a 21-year-old man was stabbed in the neck at the corner of Princes St and Moray Pl.

Police and the Dunedin City Council blamed alcohol for the majority of the violence.

"Alcohol is most often the catalyst behind these public-place violent offences,'' a police spokesman said in a statement.

"With often a large number of licensed premises in such a small area, the concentration of people who are intoxicated is quite high. This often creates a situation where people's judgement is significantly reduced and therefore their decisions are impaired.''

On weekends police in Dunedin had officers dedicated to the immediate areas in and around the Octagon to "ensure everyone remains safe'', he said.

Dunedin Mayor Dave Cull said it was always known the Octagon area presented some risk. It had been an issue for a while.

"I think it [alcohol] is the main contributor. We're aware that it's a dangerous part of town,'' Mr Cull said.

The bars were not the problem, he said, but earlier closing times would help stem violent behaviour.

The Dunedin City Council had a provisional local alcohol policy drafted, which would ensure bars had to close by 3am, not 4am as at present.

"People have to realise that when we consume alcohol, we are vulnerable.''

Hospitality New Zealand Otago branch president Mark Scully said he was shocked by the statistics but the area represented all of Dunedin as that was where everybody congregated to socialise.

"I'm surprised and horrified by those numbers,'' Mr Scully said.

He felt the closure of bars in other parts of the city was concentrating crime in specific areas.

"All our problems are in one place.''

St John Coastal Otago area manager Doug Third said his staff dealt with assaults "a lot'' around the city and the figures did not surprise him.

Staff workload in the Octagon area, especially on weekends, was "quite high'' and was mostly alcohol-related, he said.

The most victim reports for assaults, sexual assaults and robberies was Auckland central west 550.

Nationally, 24,035 public place assaults, sexual assaults and robberies were recorded by police in 2015.