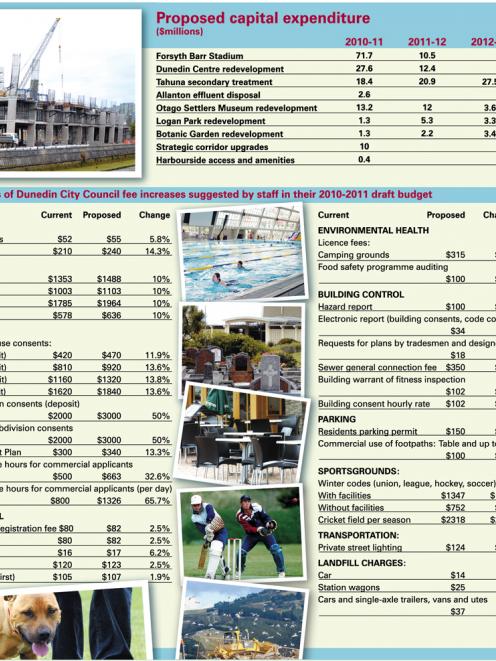 With the big decisions made, and the borrowing under way, the Dunedin City Council now has to find a way to manage its debt-heavy budget for the next year and beyond. Annual plan meetings begin next week, and the result will determine just how much the city dips into ratepayers' pockets to pay for water and wastewater, the Forsyth Barr Stadium, the Town Hall upgrade and many other projects. Dunedin City Council reporters David Loughrey and Chris Morris examine the issues.

The Dunedin City Council is facing a $1.4 million jump in operating costs in the next financial year, fuelled in part by the cost of running the council's new venues management company. 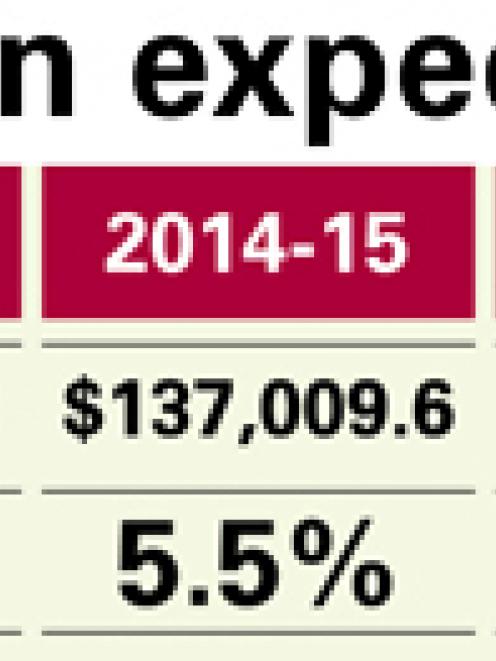 The money would pay for DVML staff to become more active in "non-construction work" associated with the stadium, council chief executive Jim Harland said in a report outlining funding in the pre-draft plan.

That would include continuing private sector fundraising activities, post-opening supplier negotiations and event planning, he said.

Contacted by the Otago Daily Times, council finance and corporate support general manager Athol Stephens said DVML, led by new chief executive David Davies, would increasingly focus on ensuring a book of events lined up to use the venue from its 2011 opening day.

"Otherwise it's just an empty shell," he said.

He agreed there was some crossover of funding between for DVML and the Carisbrook Stadium Trust, with the CST already funded to carry out some of the activities the new DVML funding would cover.

However, it was expected a transfer of some CST funding to DVML's books would be agreed in February, although the exact amount was still subject to negotiations, he said.

"That's actually happening now and DVML and CST [staff] are working out how the budgets will be divvied up," he said.

The $600,000 in extra funding provided for DVML activities would have been higher if CST funding was not to be transferred, he said.

The exact amount transferred from CST would form the total DVML budget until July 1, when the extra $600,000 would be available, he said.

Mr Stephens said those costs included rates, the building's warrant of fitness, cleaning and other costs not covered by rent from tenants.

Overall revenue from the complex was "more than adequately" covering costs, he said.

The council's solid waste staff would receive an additional $841,400 to cover the implementation of a new kerbside collection service during 2010-11, although the budget was likely to be revised during next week's deliberations to reflect decisions about the system made last month, Mr Harland said.

Further changes might also be required once tender prices for the new service were received later this year, he said.

The council's housing budget would also receive a $451,200 boost to cover extra maintenance, insurance and rates costs, he said.

The increases were partially offset by a $361,300 reduction in the council's transportation operations budget, reflecting earlier New Zealand Transport Agency funding decisions, and a $1.86 million drop in water and waste services funding, he said.

The drop in water and waste funding reflected changes in council funding for the Three Waters strategy, from $2.1 million in 2009-10 to $900,000 in 2010-11, and an internal transfer of budgets between council departments.