Opportunity taken to grieve for pets at memorial service 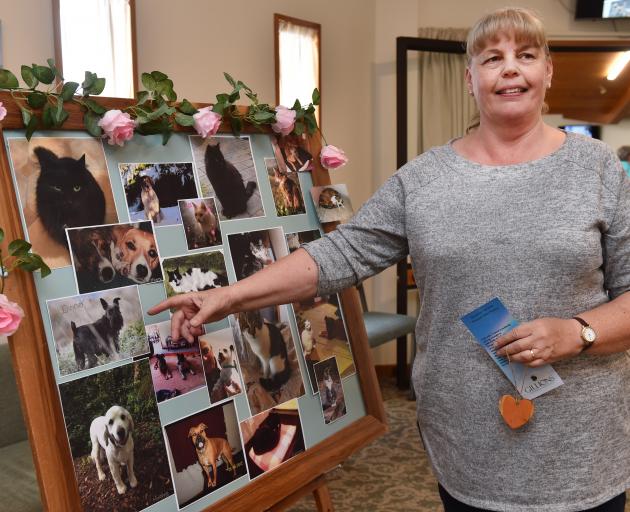 Dogs, cats, ducks, chickens, a fish and even a pet rat were fondly recalled by around 30 mourners at the memorial, the first such service Gillions has conducted.

"We intend to make it an annual event," co-owner Elizabeth Goodyear said.

"A lot of people asked today if we would commit to doing it again, and yes we will."

The service was open to anyone who was mourning a pet, with no conditions attached.

"At the afternoon tea afterwards we talked to people more about their pets, about how much they had meant to them, and how much they were missed," Ms Goodyear said.

"It was a great chance for people to talk to other people whom they did not know but whom they had something in common with - they had had an amazing pet, and they missed them terribly.

"Being able to share those stories supplied a degree of healing for that grief, we believe."

Celebrant Gillian Eaton, like Gillions, was a novice at staging a service for pets, Ms Goodyear said.

"We started with some information from someone I know in America, which guided us a little bit.

"Gill then also read from a lovely children's book about a dog dying, and she crafted the service around that."

Mourners were presented with wooden hearts, which they could inscribe with the name of their late companion.

"As part of the service they were able to hang those on a tree ... we find it is meaningful for people to have that kind of involvement."

The service was accompanied by a slide show of people's pet pictures, and at the afternoon tea afterwards tiny teddies and animal biscuits served.

"All of the people in our team all love pets. We have lost pets as well, so it was meaningful for us too."