About 20 Henley residents attend a meeting called by the Otago Regional and Dunedin City Councils about investigations into the July flood. Photo: Gregor Richardson
The Otago Regional Council admits there are ways to improve the efficiency of its pump stations on the Taieri to ensure there are no repeats of the problems that arose during the July deluge.

ORC and Dunedin City Council staff held a public meeting at the Henley Hall last night to report back to the community about its investigations into the July flood.

ORC engineering hazards and science director Gavin Palmer replied to questions about the failure of the Waipori pump station due to a network power outage during the flood and no generator linked up at the time.

''If Waipori pump station is such a critical pump station, then why did it not have a generator?'' one of about 20 residents asked.

Dr Palmer said that was now being considered as part of ORC's investigations.

''One of the things is to look at whether we have a permanent generator there ... and some way of building reliability.''

DCC 3 Waters group manager Tom Dyer said the pump was generator capable, but required an electrician to connect one if it were needed. 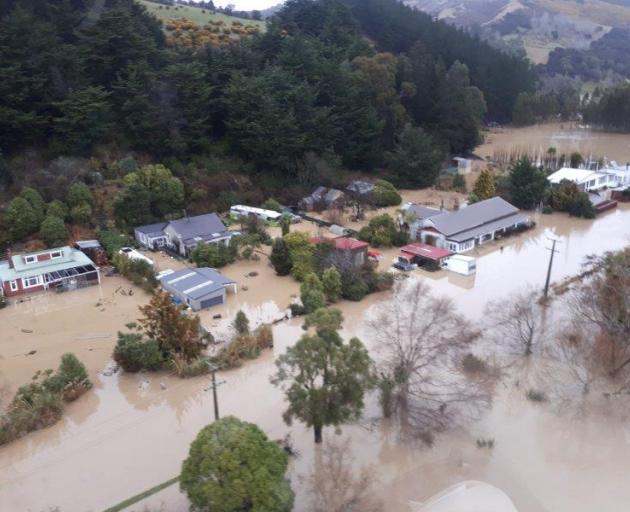 ORC chairman Stephen Woodhead said installing a permanent generator was an option but would come at a significant cost.

Regional council natural hazards manager Jean-Luc Payan said the two reasons why Henley flooded as much as it did was because of a combination of runoff water from nearby hills and the overflowing Taieri River.

Despite issues, Dr Payan was confident the flood and drainage system acted ''as expected''.

However, Henley residents were most concerned about the way in which rates were distributed across the Taieri area and who benefited from the flood and drainage systems.

''Isn't it that everybody is benefiting from this drainage system? Shouldn't the cost of that be shared more evenly than the way it is currently?'' a resident asked.

Mr Woodhead admitted the rates had been distributed more evenly across the region in the past.

''It was basically a flat rate per hectare,'' he said.

However, changes were made following consultation with the public.

''When its shared like that, people do not notice it and everyone benefits from it,'' a member of the public said.

The residents were only asking for ''a fair and reasonable rating system''.