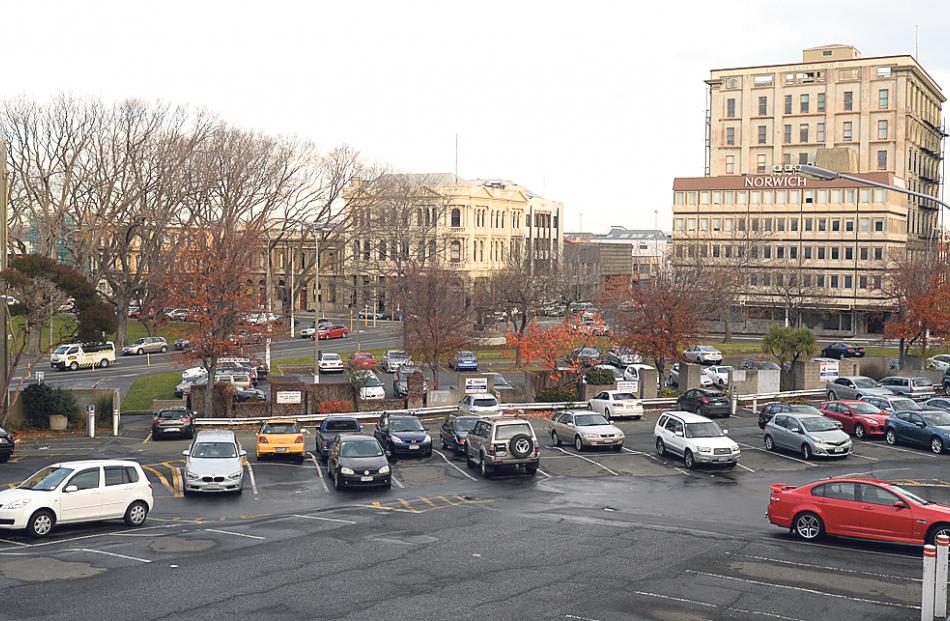 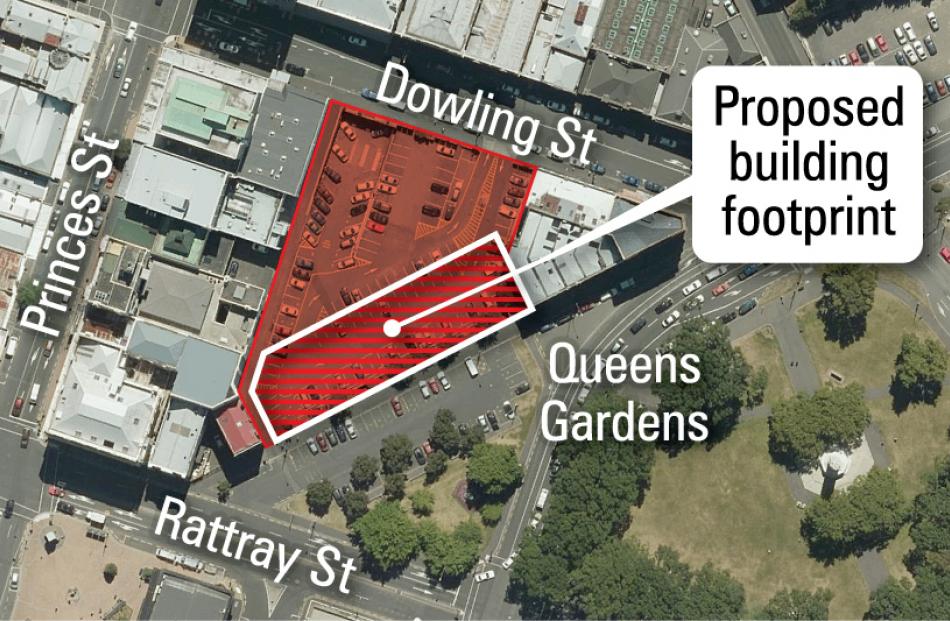 A graphic illustrating the proposed location of the ORC HQ.

After a decade of controversy and delays, an Otago Regional Council committee yesterday recommended a car park in Dowling St, Dunedin, as the preferred site for the council's new head office.

In March, the ORC said its Stafford St headquarters was no longer "fit for purpose'' and it would move quickly to develop a new headquarters, including the option of redeveloping an existing heritage building.

The ORC wants a 3000sq m building, either new or redeveloped, with at least 60 car parks, and including a 240sq m council chamber.

Its preferred option is now to build a two-storey building on the Dunedin City Council-owned Dowling St car park.

It is understood a considerable part of the car park, at 15 Dowling St, would not be required for the proposed development, and could remain as parking.

During a lengthy and at times impassioned discussion yesterday, regional councillors at a finance and corporate committee meeting considered a report from council corporate services director Nick Donnelly outlining the head office options.

The report, based on a study by project management consultants Feldspar, assessed six possible sites.

Most discussion and support was for the city council car park area. There was some support for other options: the harbourside site already owned by the ORC at Kitchener and Birch Sts, and the former King Edward Technical College building, at 291 Stuart St.

Cr Gerry Eckhoff said the proposed development was unsatisfactory for staff, an unsuitable development for the harbourside area, and any development would take place there "over my dead body''.

Cr Doug Brown said the council had "been at this for 10 years'', and earlier attempts to establish a new head office had shown a "lack of leadership''.

The Dowling St site would be positive for council staff and he understood the DCC was "quite happy'' to discuss matters with the ORC.

He noted there were "significant limitations'' with the site, and about 70 community groups used the facility.

He praised the potential of the Dowling St building as adding positively to the existing streetscape, contributing to business in the area, adding to development in the nearby warehouse precinct and supporting Dunedin City's aims.

After much discussion, councillors supported by seven votes to four a subsequent amendment, moved by Cr Brown and supported by deputy chairwoman Gretchen Robertson, for only the Dowling St car park option to be further investigated by Feldspar.

Cr Woodhead later successfully moved that several recommendations in the report be accepted.

These included that the council confirm its preference to own its head office premises and land, and that design criteria for the next stage be brought back to the council for endorsement before the engagement of design and engineering consultants.

ORC chief executive Peter Bodeker said more detailed proposals would be brought back to the council late this year by Feldspar and full consultation with the public would take place next year.

It was "too early'' to discuss the possible project cost, which was subject to further research and work by the consultant, he said yesterday.

Regional council services director Nick Donnelly said in March the overall project cost for a new or redeveloped headquarters was likely to be in the low $20millions.

In 2009, Otago regional councillors voted to remove from its long-term plan a proposed $31million waterfront office block and waterfront redevelopment proposal, involving a building of about 5000sq m, in the Birch St-Kitchener St area.

The planned development had cost $6.8million at that stage, including land.